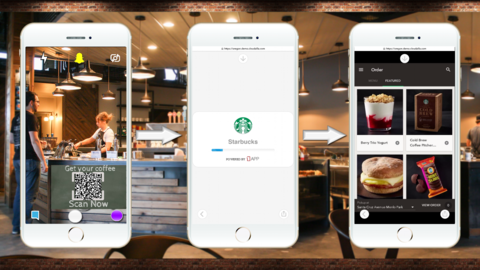 1App is an app experience that does not require any downloading.

Raheel Hasan, CEO and founder of 1App, recognized the challenges that retailers have in getting their apps downloaded by shoppers. In fact, 64% of U.S. consumers don’t even know if their favorite fashion retailer has a mobile app. Even if consumers are aware of a retailer’s app, they often reserve the space on their mobile phones for only a select few.

That’s why Hasan created InstantScan, the first instant app experience that does not require any downloading, The new technology immediately solves the offline-online experience gap by helping retailers to get their apps discovered and used.

Simply put, the technology takes a retailer's mobile app and makes it cloud-based so that it can be used instantly on any device, similar to a webpage.

Hasan says the instant app can have uses beyond the walls of the store and wherever there are customers, such as within social media chats or text messages.

The first test of the technology was a trial with Starbucks stores near Menlo Park, California. As a result, the coffee chain was able to turn 27% of non-Starbucks app users into app users, meaning they reached mobile customers that the retailer could not reach alone.

1App is still in the initial stages of discovering how useful the technology can be. But Hasan sees great possibilities in the future, as app technology that once existed only for mobile gaming and entertainment is now available for retail.