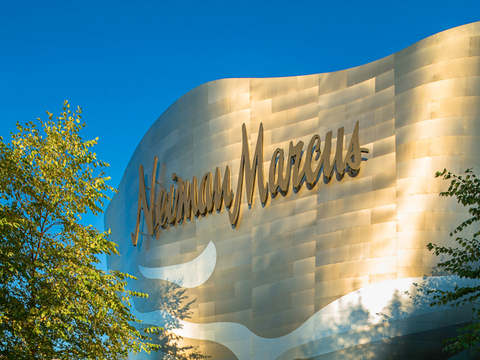 Neiman Marcus isn't just known for luxury labels and personalized service, it has also been at the forefront of retail technology with its Innovation Lab, where new products are tweaked and prepped before being tested in stores.

FierceRetail sat down with Scott Emmons at the Retail Innovation Lounge in Dallas to find out how Neiman Marcus pursues technological innovation, what works and what doesn't, and how collaboration is helping retailers make sense of what's coming.

FierceRetail: Tell me a little bit about how you are looking at innovation right now.

Scott Emmons: It's been a journey, right? We started down this path four years ago but I don't think innovation [is new for] Neiman Marcus – you don't stick around since 1907 without innovating. But we were not really very good at, or we weren't very quick adopters of, technology. 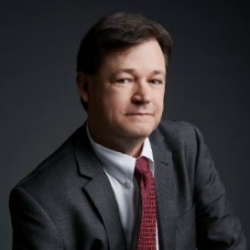 I worked on the enterprise architecture team prior to the Innovation Lab, and when we looked at how we deliver digital to the stores, it was very primitive and I think that my team could see that we were not gonna be prepared for what was coming. The mobile revolution was just starting to happen, and we just weren't gonna be ready for it. So we worked really hard to convince the business to invest in that and they did. It was a really good bet because, when it was time to say, hey, we actually need to start getting technology into the stores, it's important we have the basic foundations in place to go do it.

When I heard Sally Beauty talking about how they were in a very similar place to where we were, where they're looking at their stores and saying "we need to go fast but we've gotta fix this foundational stuff first to be ready to go do that." So, we fixed it, we started to go down the path. I'm not sure we're all in yet on technology, but we're pretty far in, and at this point, my main challenge is to convince those who write the checks to write the checks.

I spent a lot of time bringing great ideas to them and [the answers sometimes are] we can't do that right now or, there's not a clear ROI on that. So, I have to spend a lot of time making sure when I bring a project to the table that I have the Ts crossed and the Is dotted in terms of why we think this is a positive to our business.

FR: Can you give me an example of one or two that were really met with a lot of buy-in from the top executives?

​​​​​​SE: I think it took convincing for any project, and not just innovation projects. I think that my executive team is a very good steward of the finances and the health of the Neiman Marcus organization. So, it takes a lot of convincing. With the Memory Mirror, I spent a good 12 months convincing the business that we should do that, and it's turned out to be a slam dunk hit for us.

FR: How so, specifically?

SE: Well, besides the worldwide press coverage, which is valuable in and of itself, we have customers coming to the store just to see the technology. Now we've moved on to the countertop versions of the mirror and I think, and we're generating a whole new set of buzz around that. We have this amazing partnership with Luxottica (for in interactive mirror to try on glasses) and they're really excited about what we're doing with the sunglass try-on mirrors.

It allows us to move very quickly, I think.

FR: What mobile programs are you involved with?

SE: I get to participate in what happens in mobile from time to time. Snap.Find.Shop would be an example of that, where we build in the ability to take a picture of a shoe or a handbag and then search for it. Slyce was the company that we partnered with on that, and it's pretty Buck Rogers in my opinion. It's amazing to me that it was even possible the first time I saw it, and our marketing analytics people love it because it gets them insight as to what the customers are searching for. It really is a frictionless way to search, no typing, you know how fun it is to type on a mobile device. Just snap a picture and tell the app to look for it.

SE: Typically our testing is done in-store, so that could go anywhere from three months to six months. There's typically two or three stores that we'll pilot in and observe what the customers are doing and observe whether they actually either want it and if they're using the technology. Is the user interface (UI) easy to use and is it really being used the way we thought it was gonna be used?

Then we'll make adjustments over that period.

FR: Have there been any real surprises, something you thought would be a great success that people were really put off by, or vice versa?

SE: One of the early projects I did that I thought was gonna be amazing was this thing called the fling wall. It's these six screens done in a very sculptural way up on the wall, and we created a little seating area, and we integrated it with our lookbook app, and you could fling things up onto these screens. Just flick it with your finger and up they went.

I thought it was going to be a great way to collaborate and would be great fun to do, and we showed it to the executives and they all thought it was a pretty good idea and they gave me the money to go build it. Then we put it in the store and nobody used it, it just sat there. It didn't solve a real problem for the customer.

It was a pretty beautiful piece of digital signage, however, so we just took the iPad away and we keep the content fresh on those. If you go to our Northpark store today, which is where I tested those fling walls, they're still up there in the ladies' shoe salon, but they just show really beautiful pictures of shoes now.

FR: How do you approach getting buy-in from your associates in the stores when you roll out things like that, because often that's where the missing link is?

SE: Maybe we didn't do a great job with that, it may have been part of the problem with that particular project. You're right, if you don't go in and spend an intense amount of time with the associates, showing them how to use it – and it better be easy to use, and it better help them at their job, which is interacting with customers and selling them merchandise. It can't get in the way of that process, it has to assist them, or it ends up with a sheet over it and an out of order sign, even when it might actually be working.

SE: I've actually interacted with the Home Depot innovation guy and Lowe's both, and there's a lot to learn. It's a very different business, but there's plenty of things to share amongst ourselves. It's a very collaborative process, which is another thing that's different about the way things are now, and where they were when I first started. We were very tight-lipped and we didn't talk outside of our four walls. It's a much more collaborative world now.

FR: And why do you think that is?

SE: I think that everybody's been overwhelmed with the pace of change and you can't do it all inside your four walls. It requires collaboration and cross-pollination to keep up with it all.

FR: What do you think the state of innovation is in retail right now? We've had people go full force after it. Innovation labs have been established, you were certainly not the only retailer to do that, and then in recent months, we've seen some companies dialing that back a little bit, consolidating departments, losing some top executives. Do you feel like there's something going on there transitionally?

SE: Companies are experimenting with what works and what doesn't, and for one company, having 30 folks off on their own separate research center might have been the way to do it. In our case, we took a different approach. It was a very small organization, very lean and agile. I think we're also experimenting with what works and what doesn't, and just because round one didn't work, it doesn't mean they're not gonna go back and try again, it's just that you're going to try it a little differently. We do have to constantly be reexamining what our capabilities are and making sure we're delivering the best experience possible to our customers. It's just the evolution of retail, and it's evolving a lot faster than it used to.