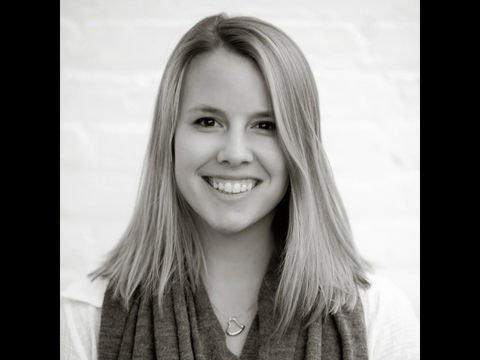 When Lizzy Ellingson and Nevin Shetty started Blueprint Registry in 2013, they sought to create a gift registry that crossed not just category but retail lines. Blueprint is designed to help shoppers create a single list with items from across the web, allowing consumers to register at an array of retailers for a variety of life events from weddings and new babies to housewarmings and holiday wish lists.

As the duo continues to evolve the business model and seek funding, they became involved with Target’s Techstars program. The program began in April with 500 applicants from 50 countries that were winnowed down to just 10 finalists.

FierceRetail spoke with Blueprint’s Ellingson to find out what it was like to be part of Target’s Techstars.

FierceRetail: You’re on track to ring up close to $7 million in sales this year. What attracted you to the Target Techstars program?

Lizzy Ellingson: We have a great trajectory [but] around 90 percent of startups fail, and it's really hard to execute on a product. You can have an idea, but execution is key and we only know what we know, we don't know what we don't know. So, we were really attracted Techstars, and especially when Techstars retail came out. We thought we should go for it because Techstars is really known for their mentorship and their network, and it's been an unbelievable experience.

FR: What was it like working with Target, which is a participating retail partner on Blueprint?

LE: It was unbelievable. Ultimately, we learn so much from these huge companies. Target has 380,000 employees, and they opened up the doors to their entire executive committee, which is huge. We got time with the CEO, the CFO, and chief strategy officer Casey Carl had a huge part. We personally had a wonderful relationship with the head of registry, and they really opened up their doors to really help grow our company but also learn from us. It was very much a two-way street, in which we can help each other grow and leverage our knowledge base. It was extremely impactful.

FR: How did this program help you to pivot or tweak your business plan?

LE: We had a couple different goals, and we hit most of them. The largest thing for us was our acquisition channel, how do we improve that and get new users. We figured out an acquisition framework for partnering with brands to leverage their user base to drive sales for Blueprint. That's something that we've been working on here, and it's been valuable for us as we continue to work on every aspect of the business. 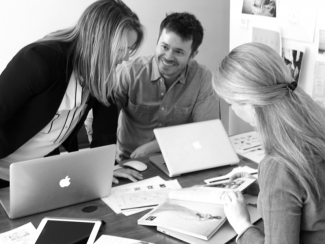 FR: Blueprint isn't an exclusive or proprietary technology for Target; there are other retailers involved. How was that addressed in the collaboration process? Often, in the retail world, they want an exclusive.

LE: The thing that we found with other retailers – the Crate & Barrels, the Targets, the Williams-Sonomas of the world – is that we're driving incremental sales for them, and so, rather than seeing us as a competitor, they see us as an extension of their platform. It’s very interesting too, because we're able to move much quicker, so we can test things a little bit more and it’s been very insightful.

The great thing about working with somebody like Target is that they see us as a value-add to Target and their registry platform, as well. Because that's what the users want. Users want to have the flexibility of having all retailers in one location.

FR: Was there a big takeaway for you?

LE: There was a ton of growth from a business standpoint. We are taking away a ton of things that we learned from Techstars: how they run certain meetings, what the framework of the culture looks like for our company, the speed that you work at, the framework that they've set over the last 10 years. That helped internally from a business perspective. Personally, Techstars is extremely hard and it's extremely demanding, but it kind of just gives you a new sense of worth and energy for your company.

FR: What were some surprises?

I thought it would be more competitive and it was the direct opposite. Everybody worked together so every company would be successful, and that was really neat to see – that sense of community and family. That even extended to demo day. It felt like we had been in school together for years, that we were all very close friends, had gone through a lot together, and we were kind of seeing the fruit of our success. That was something that was really surprising, just how well all teams got along but how much each team wanted the other teams to succeed and how much we would help each other.

FR: According to Target's CEO, Brian Cornell, they learned a lot as well. Is there something that you can add to that assessment?

LE: I think it was a real eye-opening experience for them just to see how we worked, and how they worked with startups. You can see how they had good intentions, but a lot of times huge corporations acquire these small startups and they crush them because the way to operate a humongous business like Target is completely different than operating a business of five or 20 people. I thought that was really interesting – both their approach and how they were able to pivot themselves. We were talking to somebody that's completely different than who we normally talk to on a daily basis and they were showing us, ‘here's what we do at this scale’ and how can you grow in a similar trajectory.

That's something that I think they took out of that, as well. And I also think the thing, too, is, being in a large corporation, these opportunities of working with startups isn't always there, and so, I think it was really fun, too, for a lot of these mentors to work with these small startups and just be a part of that excitement. I think that's also something that's really unique to Target as well, having that kind of, there's definitely a feeling and an emotion that comes in with working with a startup, to see the grind and then having them be within that environment, I think it also rejuvenated the mentors as well.