Facebook is using augmented reality to power shopping via chat 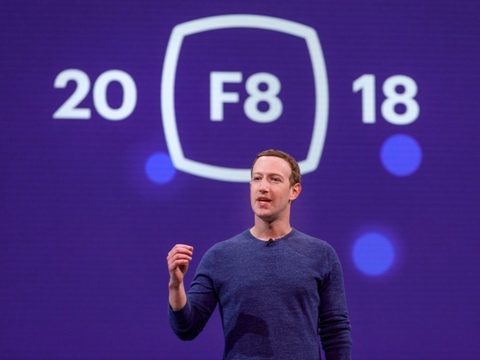 Facebook revealed at F8 2018 that its new augmented reality (AR)-powered chat on Messenger was developed with the goal of helping businesses turn the channel into a shopping destination.

Using the new Messenger app, small businesses will be better able to communicate with consumers through augmented reality and artificial intelligence. The AR function allows users to see graphics overlaid on images, which translates to a closer look at a product that they may be interested in.

Facebook has been open to using chatbots in Messenger for about two years now. Thus far, the function has been used for writing emails or completing customer service.

“The retail industry is rapidly evolving, and it’s critical that retailers implement technology to keep up with consumer demands and maintain brand loyalty," Pieter Aarts, CEO and co-founder of roOomy, told FierceRetail.

Aarts noted that today's shoppers are no longer satisfied with the traditional brick-and-mortar experience, but instead are looking for more convenient ways to purchase products.

"With the power of augmented reality to superimpose an image of an item into a real-world environment, there’s no denying that retailers should invest in AR-based technologies in order to drive confident purchase decisions for their consumers," he said.

RELATED: Chatbots move toward conversions in 2018

However, Aarts says that retailers need to think about solutions that further broaden their reach, such as apps or social media.

"Facebook’s new AR feature in its messenger platform does just that. The offering allows brands to reach shoppers across the globe and demo a product—furniture, makeup, apparel, and more—in real time, facilitating more informed purchase decisions to enhance sales and propel the retail experience to the next level," Aarts added.