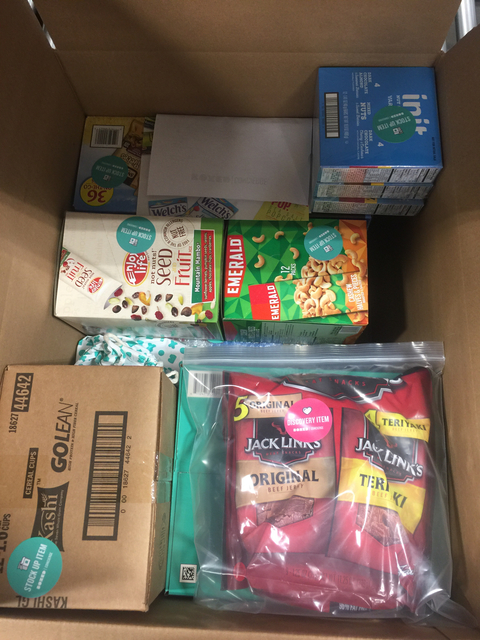 Boxed found quick success in filling a niche in direct-to-consumer.

NEW YORK—The founders of Bark and Boxed spoke about the growing popularity of direct-to-consumer retail at last week's NRF BIG Show 2018. Both fairly new companies, Bark launched its subscription box for dogs in 2012 and Boxed began delivering bulk dry goods in 2013, yet both have surpassed $100 million in annual revenue.

Perhaps their success stems from the mentality of how these retailers view themselves: digitally native brands for which smartphones serve as the customer's front door.

When Henrik Werdelin helped to co-found Bark, he was looking to fill a void in the pet market. These products weren't just for pet owners, they were for pet owners who viewed their dogs as part of the family.

"What was not happening in this industry was anyone catering to this new relationship between people and pets," he said.

CEO and co-founder Chieh Huang said that Boxed found its niche among shoppers who did not have the time or patience to visit a warehouse store. So a little over four years ago, the company started with mobile and a limited SKU, fulfilling all its orders personally. And the company seemed to grow overnight, going from $40,000 in sales for the first year to more the five figures in 36 months.

One problem early on was getting manufacturers of bulk items to agree to sell on the marketplace. So Boxed solved this problem by creating its own private label, which is now a large part of its business. Plus, the company decided to build its own in-house robotic teams.

"While we are a retailer, we need to own the technology-first experience," Huang said. "Online retail in the back end is where you live and die."

With the help of technology, both companies are better able to reach customers on a personal and individual level.

"It's about how you architect your business itself," Werdelin said. "And we realize we're talking to our peers."

Bark is able to collect a lot of data from its box subscribers and use that information when selling through its new brick-and-mortar partnership with Target.

"Some people think that the subscription business is all the same," said Werdelin. "But there are actually a lot of different mutations of it." The company plans to expand its subscription model in 2018 as a way to continue a relationship with customers. Plus, Werdelin does not rule out an IPO if the brand continues to grow.

As for Boxed, the moderator asked Huang about the floating rumors that Kroger may acquire Boxed. "We've gotten a lot of inbound interests from retailers that need to accelerate their interests and partnerships," he said. "Grocery online is no longer just a sideshow, but the biggest companies on the face of the earth are doing it."

While he did not directly answer the Kroger question, Huang did assure that a brick-and-mortar presence was definitely in Boxed's future.