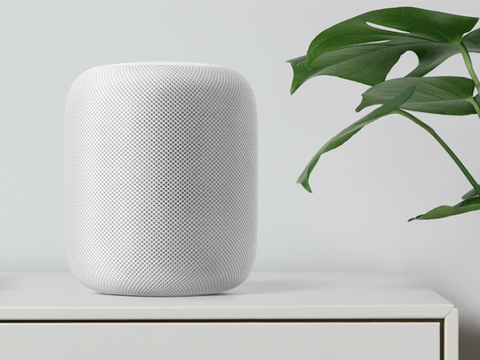 Apple's HomePod is set to be released in December. (Apple)

Apple has finally made its way into home interactions, following in the footsteps of Amazon Echo and Google Home.

“In a very nondirect way, Apple has built up demand for this type of platform by not offering it for so long,” Levine told FierceRetail. “In some ways, it's a miss and in others, it can become a competitive advantage for them by creating something that is truly best in class.”

HomePod has some key differentiators, specifically the quality of sound, as music is a core part of Apple's DNA.

“With the HomePod, it makes sense Apple would take the position of a ‘superior audio quality’ narrative with the capabilities of a digital assistant,” Levine said. And while the digital assistant capabilities may not be the focus on consumers’ minds today, it will eventually play a major role in driving the acceptance of the product.

So what are the potential retail uses for this product?

Levine says there are so many different avenues that can be opened up through Apple Pay, for example.  If developers combine HomePod with Apple Pay, they can create a new marketplace for shoppers across any integrated retailer, versus Amazon's owned marketplace. Then, coupled with the video capabilities of AppleTV or iPhone/iPad, retailers can create new shopping experiences right in the home.

There are, of course, some challenges that Apple may need to overcome. Levine says that Apple has not yet cracked the code on shopping and Amazon has the advantage of its own marketplace.

“I am curious to see how fast Apple moves against leveraging over 50% of retailers who have integrated with Apple Pay. Creating an agnostic marketplace could become something the consumer wants and CPG brands can use to offset Amazon's powerful hold over the in-home shopping experience,” Levine said.

Plus, Apple has not yet addressed a plan to identify different voices, something that Google recently revealed with their Google Assistant. The multilayer of voices adds a level of security, which is important for Photon and its clients.

“Creating a safeguard for different people who have access to the device is paramount for these companies and paves the way for personalized experiences through voice,” he said.

In an age of convenience, voice and visual offer the next frontier for consumer ease.

“There is something unnatural, and in some cases rude, having to type in the home through a phone. Typing creates a level of friction. We are embarking on a post-typing era and the convenience of voice,” Levine said.

Levine believes the possibilities with the new developer tools are endless, as they can create a whole new experience for Apple across many verticals.

“From replenishment for retailers, to bill pay for banks, I am excited for our Fortune 500 customers here at Photon and expect this new feature to play a major role in our innovation discussions with many of them,” he said.