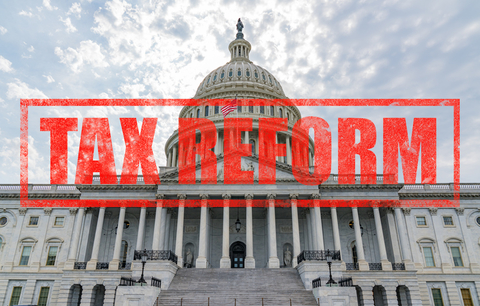 The trial, which began back in April, altered the 26-year-old Quill precedent, which established that a retailer had to have a physical presence in a state in order to collect sales taxes on behalf of that state. Therefore, e-commerce companies were not requiring consumers to pay the same tax as consumers purchasing from local stores.

However, as of June 21, physical presence will no longer be the standard, although there are still individual state guidelines to be considered, and the National Retail Federation (NRF) urged Congress to step in to pass official legislation.

Matthew Shay, CEO of the NRF, said that this victory is one that the retail sector has been waiting for more than two decades, since e-commerce made its way into the spotlight. He called the old sales tax policy "outdated" and said that the new ruling by the Supreme Court "clears the way for a fair and level playing field," among all retailers.

Shay noted that there is still work to be done in Congress, which now needs to pass legislation to create uniform, national rules for the entire U.S.

RELATED: Money from tax reform will not go to retail

JoAnn Martin, VP of retail industry strategy at JDA Software, said that the Supreme Court's decision is proof of the evolving retail landscape.

"Due to the complexity of the customer engagement, I believe we will continue to see a unification across channels in regulation that will level the playing field for all retailers regardless of operating channel," she told FierceRetail. "In addition, we will continue to see the blurring of lines for online-only retailers who will seek out strategic partners or open their own physical locations to continue to broaden their brand's reach and deliver hyper-personalized experiences."

Ralph Dangelmaier, CEO at BlueSnap, agreed that the ruling was not surprising due to the vastly changing landscape of digital shopping.

"The United States Supreme Court likely made the decision based on the predicted growth of online transactions in the coming years. With the U.S. e-commerce market expected to reach $638 billion by 2022, governments and local states simply cannot forgo the revenue shift from brick-and-mortar to online," he told FierceRetail.

But not everyone in the retail industry is comfortable with the ruling, as it opens the door for other questions. In a release by Overstock.com's executive and board member, Jonathan Johnson expressed his concern that the U.S. Supreme Court created a landscape that could impact small businesses and retail innovation—a driving force behind the economy for the last 15 years.

“The framers of the Constitution intended Congress to regulate interstate commerce by thoughtful legislation," Johnson wrote in the statement. "To lessen the potential impact of today’s ruling on internet innovation, Congress can, and should, pass sound legislation allowing states to accomplish their aims while still permitting small internet business to thrive.”

Overstock noted that there are more than 12,000 different state and local taxing districts, making it hard for internet startup companies to comply with local rules.

Johnson added, “Unless Congress responds, the Court’s ruling may remove key entrepreneurial opportunities before they even get out of the heads of the inventors.”

Several policy institutes are also in agreement with Johnson. For instance, The Heartland Institute put out a dissenting press release to the 5-4 ruling. In fact, Charles Steele, Ph.D., policy adviser at The Heartland Institute, called the overturning of the physical presence rule unfortunate, standing to hurt small business and consumers alike.

"This is likely to hurt consumers and hurt internet commerce, and will disproportionately harm small independent retailers and startups. These latter companies are less likely to be able to afford the legal, accounting, and technical expertise to comply with the differing state laws. Amazon, the largest internet retailer, was already collecting state taxes. This decision will likely strengthen Amazon by imposing burdens on the competition," Steele wrote.