The 2 deals that could change the way retail approaches healthcare 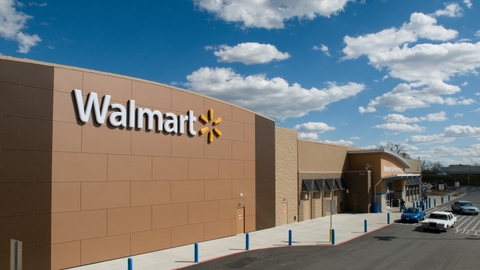 Walmart is in early-stage acquisition talks with Humana. (Walmart)

Pharmacies, grocery chains and big-box stores have long had their eyes on healthcare services that lure customers in for a blood pressure check or flu shot in addition to lip balm and a gallon of milk. But two deals in the works could fast-track retail’s move into this lucrative space and pull more patients toward basic outpatient services at retail establishments.

Late last month, The Wall Street Journal reported that Walmart was in early-stage acquisition talks with Humana. If the deal comes through, Walmart would have an opportunity to capitalize on Humana’s more than 14 million-member population with services at its stores.

A similar megamerger between CVS and Aetna, a health insurer with more than 20 million members, would allow CVS to expand its MinuteClinics to suit a wider array of patient needs, including primary care, pharmacy and vision, reported FierceHealthcare.

CVS currently operates 1,000 MinuteClinics, and the chain intends to ramp up preventive care services at its locations to stem emergency room visits by Aetna members.

In advance of a Rite Aid-Albertsons merger expected to be finalized in the coming weeks, Rite Aid announced it would convert standalone pharmacies into “wellness stores,” and executives revealed on an earnings call a plan to offer primary care services at Albertsons grocery stores as well, reports Forbes.

Health-related expansions appear to be an opportunity for a brick-and-mortar renaissance. While many stores are shuttering, Walgreens has said it will open up more space specifically for healthcare services.

Retailers will be keeping an eye on the CVS-Aetna and Walmart-Humana mergers to better understand the opportunities that are emerging in this space.