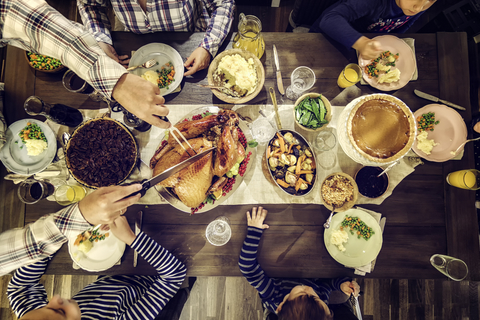 The list for store closings on Thanksgiving Day continues to grow.

Thus far, more than 55 retailers have confirmed that they will not be open for sales on Thanksgiving Day 2017. A controversial subject, BestBlackFriday.com has amassed its largest list ever by early October and it expects the number will rise to over 75 before the big day.

According to a BestBlackFriday 2017 survey, only 16% of U.S. adults actually favor Thanksgiving store openings and 58% dislike Thanksgiving openings. Another 26% of those surveyed are indifferent. The number of consumers against stores being open has risen just a bit, up about 3 percentage points since 2016. Of those 55%, 38% strongly disliked the idea of it, which is more than one-third of all U.S. adults.

Some of the biggest brand names on the list—some of which are not even U.S.-based—include Costco, DSW, H&M, Home Depot, Ikea, Lowe's, Marshalls, Office Depot, Petco, Sam's Club, Staples and Publix.

Of those closing, most retailers said they were allowing employees and customers to enjoy the holiday with their friends and family.

In addition, blue laws in Massachusetts, Rhode Island and Maine prevent stores in those states from being open on Thanksgiving.

Some stores are choosing to compromise. For example, H-E-B announced it will close at 2 p.m. on Thanksgiving Day.

BestBlackFriday is expecting several announcements, especially from retailers that have historically closed on Thanksgiving such as Barnes & Noble, Bloomingdale's, Nordstrom, REI, Saks Fifth Avenue and Talbots.

Retailers will also want to keep an eye on what's happening in e-commerce. Last year, online sales were up 12% from the previous year, according to Adobe.