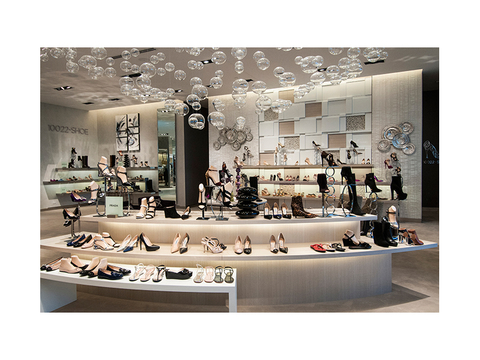 The department was given its own name, Saks 10022-SHOE, nearly a decade ago and features designer footwear. Breaking it out as a stand-alone location will help grow its brand and allow for the retailer to expand several departments at the flagship stores nearby.

"Opening a dedicated 10022-SHOE store will allow us to offer an unparalleled assortment of women’s footwear," said Marc Metrick, president of Saks Fifth Avenue. "Women’s footwear is one of our marquee businesses and I’m very excited to dedicate more space to this key category in one of our most important markets."

Saks' strategy is to differentiate and grow both its flagship stores for the luxury shopper and a format that is more focused on off-price shoppers, including millennials, with the acquisition and addition of Gilt shops into Off 5th locations.