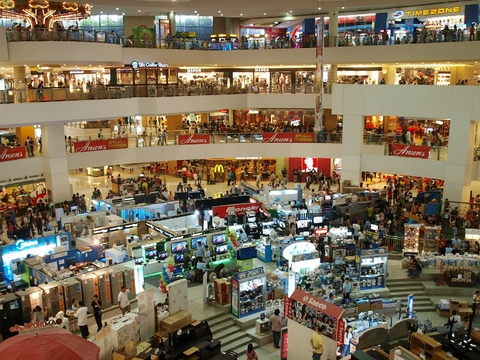 Economists expect retail sales to accelerate soon in light of high consumer confidence, hiring gains, the rise in wages and the arrival of tax refunds.

U.S. retail sales fell in March for the second month in a row, making it the worst two-month stretch for retail in two years. The dip added to speculations that first-quarter growth would be on the soft side.

Retail sales declined 0.2% in March, possibly due in part to slower-than-usual issuances of tax refunds. In February, the dip was 0.3%.

Why such slow sales and traffic?

“Larger retailers have given consumers very little reason to shop their stores,” Greg Portell, lead partner in the retail practice of A.T. Kearney, a global strategy and management consulting firm, told FierceRetail. “Without a point of differentiation, retailers are left competing on price. That level of competition will continue to spiral sales down.”

Retailers that seemed to do particularly well, however, in the first quarter included online, home and garden and drug stores. Also strong in March were clothing retailers and electronics stores.

The results are proof that U.S. consumer preferences are skewing toward experiences over material possessions in the first quarter. Portell expects this trend to continue for the next 10 months. Another impact is the downsizing of the U.S. household, which naturally requires fewer purchases, he adds.

Economists expect retail sales to accelerate soon in light of high consumer confidence, hiring gains, the rise in wages and the arrival of tax refunds.

Portell agrees that retail sales should go up in the second quarter.

“Graduations and stalled demand will bring an influx of consumer spending. The gains won’t be evenly distributed. We would expect that smaller stores and nontraditional formats will be the area of strength. At the same time, retailers with faster supply chains will better adapt to changing consumer preferences,” he said.

The biggest losers will continue to be those sectors that can’t create meaningful points of differentiation, such as mid-market fashion and department stores.

There are two categories that Portell expects to do well, starting with the athletic and outdoor sector. Their success is fueled by their ability to tap into the experience desire of consumers. The second category headed for success is luxury, as it finally comes out of its funk.

“The question is how luxury retailers win their fair share. It should come from reinforcing their brands, not cutting pricing,” Portell said.

Moving forward, retailers will face several challenges through the end of 2017. First, the turnover among executives at large retailers needs to eventually settle. Second, retailers need to find the funds to reinvent formats and fix supply chains. Finally, bloated overhead structures will continue to weigh on retail performance, forcing a need for change in these companies.