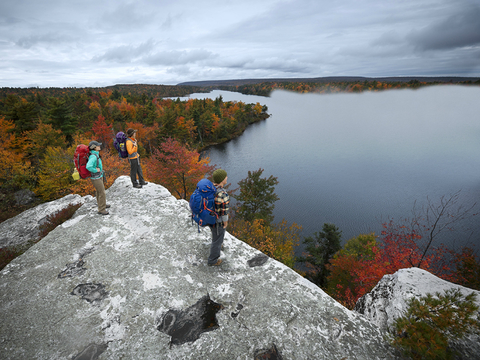 REI will once again close on Black Friday and encourage shoppers to #OptOutside instead. The move last year was so successful for the outdoor co-operative that it now boasts a national movement of more than 275 organizations that have been inspired to do the same.

All 149 stores will be closed on Black Friday. The company will not process online orders but plans to pay all 12,287 employees anyway.

"This year, REI will shut down on both Thanksgiving and Black Friday because fundamentally we believe that being outside makes us our best selves – healthier and happier, physically and mentally. But as a nation we’re still spending over 90 percent of our lives indoors and it’s a trend we need to tackle," said REI CEO Jerry Stritzke. "I love that there is a community of people in this country who dedicate their lives to that mission, so together, we are asking America, 'Will you go out with us?'"

As a co-operative, REI has more than 6 million members who pay an annual fee in exchange for shopping perks. It also gives 70 percent of its profits back to outdoor groups annually and has more than 275 nonprofit, government and corporate partners, all of which are being encouraged to take up the #OptOutside message.

“The moment we announced our decision last year, people who build their lives around the outdoors really embraced the idea of reclaiming Black Friday. It took on a life of its own and became about much more than REI," said Stritzke. "#OptOutside should be a platform for the nonprofits and public servants who are on the front lines of the outdoor community. They’re the ones who make the outdoors accessible for everyone. That’s why, from today onward, we’re going to lift them up as the official spokespeople for #OptOutside.”

REI will have experts from the outdoor community available to explore topics such as the value of childhood play outdoors, the value of nurturing and conserving our public lands, and the increasing need for diversity in the outdoors.

Viewpoints will be published by the co-op on Co-op Journal and promoted by REI through social media in an effort to explore the idea that a life outdoors is a life well lived.