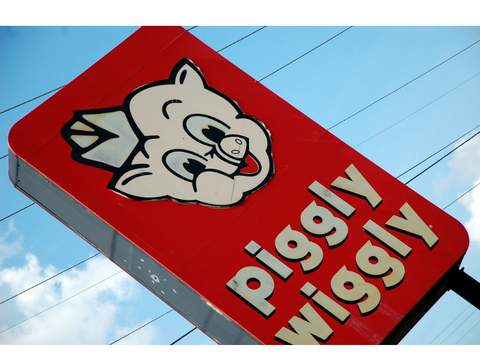 Clarence Saunders opened the first Piggly Wiggly in Memphis, Tennessee in 1916. It was the first concept that allowed customers to browse aisles and select goods for themselves.

Until then, shoppers handed the clerk a list and waited while the order was filled for them. His store was revolutionary.

Today, Piggly Wiggly is owned by C&S Wholesale Grocers and operates more than 600 stores in 17 states under franchise agreements.

And one franchisee celebrated the anniversary by turning back time to 1916.

JTM Corp. operates 19 Piggly Wiggly stores in the Columbus and Phenix City, Alabama market and offered 1,900 shoppers the chance to purchase a handful of items at 1916 prices.

The promotion is being run Willy Wonka style, with the winners drawn from tickets filled out at local stores. Items offered include a dozen large eggs for 29 cents, 12 ounces of bacon for 23 cents, a pound of butter for 28 cents, 8 pounds of potatoes for 21 cents, and four pounds of sugar for 27 cents.