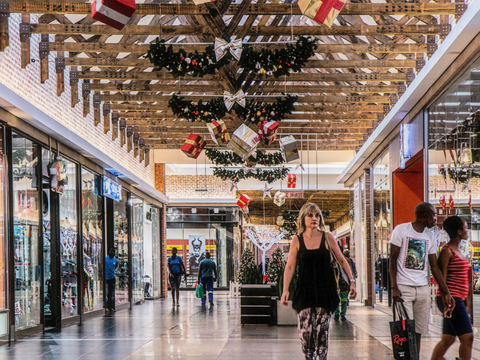 E-commerce was the big winner this shopping weekend, with $3.39 billion in online sales on Cyber Monday alone.

Traffic outpaced 2015 as 154 million shoppers reportedly made purchases both online and in-store over Black Friday weekend. According to the National Retail Federation (NRF), the boost from 151 million shoppers in 2015 may have been a spike in traffic, but overall sales per person were down from $299.60 in 2015 to $289.19 this past weekend.

The cause for the drop could be attributed to deep discounts spread over a longer stretch of four days, according to Matt Shay, chief executive of the NRF. Other factors could be that consumers jumped on offers several days before Thanksgiving and that 122 million consumers were planning on shopping on Cyber Monday, up from 121 million in 2015.

However, online seemed to come out as the big winner for the weekend, as comScore reported a total of $3 billion in U.S. online sales over Thanksgiving and Black Friday.

In total, U.S. desktop e-commerce spending for the first 25 days of the November-December holiday season was $24.5 billion, a 12% increase versus the same period last year. Thanksgiving alone saw $1.29 billion in spending, a 17% gain, and Black Friday came in even stronger, with $1.97 billion in online sales, up 19% from 2015.

RELATED: 47% of consumers planning to do half or all of holiday shopping online

"After a slower start to the holiday season than initially anticipated, Thanksgiving and Black Friday both posted strong online spending totals well above $1 billion on desktop computers and grew at impressive rates that pushed season-to-date growth to 12%," said comScore CEO Gian Fulgoni. "Thanksgiving has now established itself as one of the more important online buying days of the holiday season, while Black Friday also continues to gain in importance online—this year becoming the third biggest online desktop spending day of all-time after Cyber Monday 2015 and 2014. Looking ahead, we expect Cyber Monday 2016 to surpass $2.5 billion in desktop spending and $1 billion on mobile commerce to become the leading online spending day for the seventh straight year as people use down time at work to continue their holiday gift buying."

IBM also predicted a big growth in online sales this Cyber Monday. Shoppers will drive double-digit growth for retailers around the world, as pre-holiday shopping was already up nearly 10% over the same period last year.

Overall, IBM predicts that 2016 holiday sales, spanning November and December, will increase by almost 14% over 2015.

True to recent years, Cyber Monday was predicted to be the largest sales day in history, capping off at $3.39 billion, $1.19 billion of which was spent on mobile devices. The day barely surpassed Black Friday sales overall, but did generate slightly less mobile revenue, according to data by Adobe.

So what will motivate shoppers over the next few weeks? According to a survey conducted by HRC Retail Advisory, sales and coupons are the most motivating consumers tactic this holiday season. In fact, 89% of respondents said that deep discounts are a key determinant of what stores they will visit for holiday shopping.