More than half of retailers are in search of better conversions 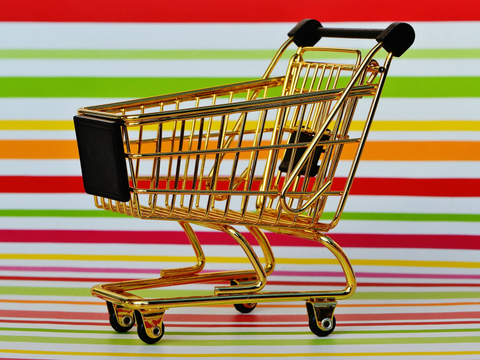 Conversions remain a stop concern for a majority of retailers.

Conversion is a top priority for many retailers, and more than 52% of them need a better analytics solution to help them increase these ratios.

Irisys, designer and manufacturer of people-counting sensors, held an interactive survey at this year's NRF BIG Show to survey what performance areas retailers are turning to in order to reach their goals. And from the 160 responses of the Retail Operations Wish List, better conversion was the top priority, similar to the 47% of respondents at NRF's 2017 BIG Show who had the same response. Clearly, this is still a major issue and priority for retailers alike.

Also in the survey, 34% of respondents said more efficient labor scheduling is the highest value retail analytics can provide in regards to brick-and-mortar operations. Again, this number was slightly up from 32% of respondents in the 2017 Irisys survey.

RELATED: Chatbots move toward conversations in 2018

While interest in footfall and conversion data remains a constant concern for retailers, this year's survey showed an increase in traditional store-based retailers looking for data actionable in real time, and for greater detail on the demographics of their customers, said Nick Stogdale, divisional director of detector products at Irisys.

"As you might expect, retailers remain mostly interested in the two primary drivers for their businesses—increasing conversion to maximize sales, and optimizing staffing to minimize costs," Stogdale told FierceRetail. "The only way to make sense of these two drivers is by using accurate people counting detectors along with a retail analytics system that can provide answers to both these questions. Once the accurate baseline has been established, good business decisions can be made and retailers can then go on to explore other factors such as demographics."

Still, with all of the desire for better analytics, retailers seem reluctant to invest in better technology. Stogdale says this is a reluctance to invest in new technologies that they may be unfamiliar with, "when in fact it is these new systems that will help them to level the playing field and get the same kind of information on customers that retailers take for granted."

Stogdale recommends that with all of the new types of sensors coming to the market, retailers should be monitoring store occupancy in real time and using this measurement to more accurately assess how customers behave in-store, therefore answering next steps to improving conversion.

The other big issue that topped retailers' lists was scheduling. And Stogdale said a lot of these problems stem from the lack of scientific approach brands are taking to their scheduling.

"The basic fact is that they probably don’t have a clear understanding of all the factors affecting footfall across their whole estate, once local and regional factors are taken into account. Assessing conversion ratio and staffing levels across a whole store estate can open up some significant insights on which stores are performing well, and which stores are performing badly. Comparisons can then be made on the staffing levels and local store management, and improvements can be implemented—but only once accurate footfall counting and retail analytic systems are in place," he said.

Moving forward, Stogdale expects that conversion will continue to be a key metric for retailers. What will change is that with better formation about how a store operates, retailers will be able to look at their conversion and profitability as a whole rather than just viewing them in isolation.