Macy's shoppers give 12% of all apparel spend to chain 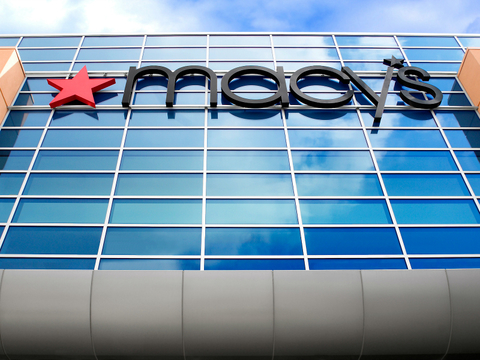 Differentiation may be a big factor for the survival of department stores.

Despite recent challenges that the retailer has faced, Macy's apparel shoppers have proved to be a loyal group of consumers. After the chain recently announced that it would cut some 10,000 jobs, NPD Group's Checkout Tracking analyzed recent consumer purchasing behavior to see what the data says about the loyalty of Macy's customers, and found that the store's apparel shoppers give 12% of their apparel wallet to the chain. That's twice the share that a Macy's buyer spends at their No. 2 department store choice, JCPenney.

According to NPD's data, Macy's will need to carefully choose which stores to close as to not lose loyal apparel customers. Currently, many of the stores set for closing are in small- to medium-sized markets.

“Fewer stores focused on more unique product will bring more connectivity with their core customers, rather than trying to be something for everyone and competing with an ever-widening range of retailers," said Marshal Cohen, chief industry analyst for The NPD Group. "This repositioning, closing stores that the specific markets have outgrown and migrating to online shopping, is critical in creating a path for growth in a new retail paradigm and increasing world of competition.”

One strategy might be for Macy's to drive customers to its online store. Will that be possible? According to Greg Portell, a lead partner in the retail practice of A.T. Kearney, a global strategy and management consulting firm, that depends on what currently drives the preferences of three target consumer groups: experience lovers, brand lovers and physical convenience shoppers.

"There is little chance Macy’s will be able to convert those shoppers who love the experience of shopping, or those who seek physical convenience. Those consumer needs are going to be better filled by other options in market. That leaves the brand-lover segment, and that’s the group that deserves focused effort. The easier Macy’s can make the transition for them, the better," Portell told FierceRetail.

Cohen suggests maintaining the higher level of product offerings that small market stores tend not to offer is one way to drive Macy's physical store shoppers to become online shoppers. "For example, in mass merchants the offerings have gotten better, but not the lower part of luxury or higher end of mid-market," he said.

For those Macy's brick-and-mortars that do stay in operation, the stores will need to maintain two key characteristics to be successful: First, Portell says they will have to mimic the low-friction online environment. In other words, less structure, fewer physical barriers and quicker transactions. Second, these stores will have to provide enhanced experiences in a way that digital commerce can't, including more sampling, higher-quality sales associates and better displays.

As Macy's is not the only struggling department store, retailers such as JCPenney and Kohl's will also need to consider changes in order to survive in 2017. What should department stores be doing to assure their future?

"Make it less about price and more about need," Cohen said.

Portell sees differentiation as a big factor for the survival of department stores.

"The question facing Macy’s peers is whether to continue to ride the trend down or to make a bold move to jump ahead of the curve," Portell said. "Evidence suggests that riding down the curve doesn’t end well for management teams following that strategy. On the other hand, taking a bold step forward involves risk that many leaders aren’t willing to take. In that regard, the collapse of Macy’s strategy throws cold water on the excitement others may have to try to jumpstart financial performance."