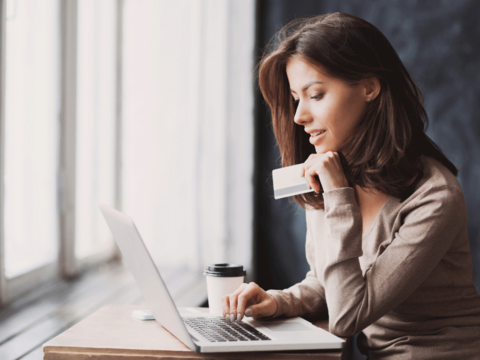 The identity of the luxury shopper is changing. (iStock/Poike)

The behavior of luxury shoppers is evolving, according to new research released by Mindshare North America, the global media agency network that's part of WPP.

Today, there are five main types of luxury consumers: strivers, trendsetters, aesthetes, only the best and comfort first.

First are strivers, those who want to purchase luxury items as evidence of their success. Most of these shoppers, 57%, are between the ages of 18 and 34, the highest percentage of millennials across all five groups. But they are more ethnically diverse than most of the other groups, as one-third identify themselves as something other than white. It's also the highest percentage of men in all five groups, at 58%

Strivers are most influenced by social media influencers, family and TV shows. Their recent luxury purchases include liquor, fashion, cars and travel.

The second type of luxury buyer is trendsetters, or shoppers who spend more as a way to set themselves apart. Similarly to strivers, this group is young, with 46% between the ages of 18 to 34. The group with the highest amount of cultures, 40% identify themselves as non-white.

Trendsetters are most likely to be influenced by social media influencers, shopping websites and friends on social media. Their most recent purchases include fashion, followed by liquor, auto and travel.

The third category, aesthetes, believe luxury is the pinnacle of aesthetics and design. Only 19% of this group are under the age of 34. Instead, the other age groups are split pretty evenly among 35 to 44 year olds, 45 to 54 year olds, 55 to 64 year olds, and 65 or older. And this group has the highest percentage of women in all five groups at 62%.

Aesthetes are most likely to be influenced by brand websites, online reviews and search. Their most recent purchases include travel, followed by auto, fashion and liquor.

The fourth group, only the best, are defined by seeing luxury as unsurpassed by quality and service. This group, though similar to aesthetes, start to skew even older and 26% are ages 65 or older. When purchasing, this group is influenced by search, online reviews and recommendations from their friends.

Their most recent luxury purchases are travel, followed by auto, liquor and fashion.

Finally, group five is known as comfort first, as they see luxury as a meaningful way of life.

Their most recent purchases were travel, followed by auto, liquor and fashion.

"Overall, we expect luxury categories to continue to grow in 2018, driven mainly by the economy," Mark Potts, head of insights, Mindshare North America, told FierceRetail. "However, there will be several continuing pressures for luxury brands in the year (and years) ahead: declining perceptions of quality (opening the door to smaller brands stealing share), the blur between premium and luxury brands, the mainstreaming of luxury brands (creating less scarcity), and changing forms of status towards altruism vs. outward display."

So in order to keep up the momentum in luxury, Potts recommends that retailers create demand through pop-up events, limited collaborations, and by giving a platform to new and smaller brands.

By examining this research, Mindshare NA found some larger luxury trends in the retail industry.

First, there has been a backlash against mass market production and younger consumers in particular gravitate toward smaller productions and brands. Of the millennials surveyed, 55% said that big luxury brands have lost their personal feel. And almost half prefer to buy a lesser known luxury brand.

The second trend is to give more value and altruism to luxury than in the past. While previously U.S. shoppers wanted to keep up with the neighbors, there is now a pressure to drop glamour and style and instead become kind, helpful and reliable. Therefore, Mindshare NA recommends brands focus on attributes such as empathy or purpose when selling luxury goods.

The third trend is the rise of a new consumer that is not white but also Hispanic, African American and Asian. For example, in 2017, 29% of multicultural consumers owned or purchased luxury brands of fashion versus 20% of white consumers, according to data from MRI.

The fourth trend is to see luxury as excessive as it seems to be more accessible than in the past. In fact, 16% say its more about show than enjoyment and 15% said luxury has decreased in quality.

Fifth and finally, luxury is no longer about the ruling class but for the media and celebrity. And Mindshare NA's groups reported that consumers see social media influencers as wearing big brands that are inaccessible to them. Therefore, marketers need to identify the luxury status leaders in their retail category in order to reach consumers.

"The luxury brands that are doing well work to truly understand their audiences and how to appeal to them," Potts said. "For example, take Gucci and how they’ve appealed to millennials—they collaborated with social media influencers, held pop-up events, and overall have incorporated modern digital strategy into their framework."