Lands' End pops up in SoHo 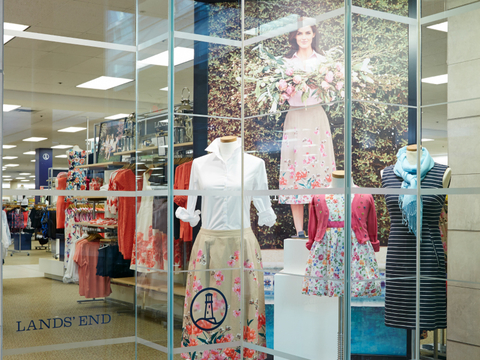 Lands' End is on a quest to land a more fashionable shopper, and its newest store hopes to do that with cashmere and mobile perks.

The two-story shop popped up in New York City's SoHo in time for Fashion Week and features the retailer's new Canvas line, a cashmere bar and place for shoppers to socialize.

There is a recharging station for mobile phones, monogramming services, and shoppers can indulge in hot chocolate and cookies, according to Women's Wear Daily. Classics and menswear are also represented.

It's not the first Lands' End pop-up – the company hosted one last year on Fifth Avenue – but it is a unique opportunity for the brand to get in front of a more fashion-forward customer it hopes to attract with a Canvas marketing campaign featuring stylish New York women.

The pop-up is also a way to test the waters of brick-and-mortar stores. Roughly 85 percent of Lands' Ends sales come through its catalogs and website. While it operates 222 shops inside Sears stores, those are slowly closing following the spin-off from Sears Holdings.

“I believe Lands’ End needs to consider retail as an additional channel, not on a big scale because people shop online, but to grow the awareness," President and CEO Federica Marchionni told WWD. "It will be a good option. We are seriously weighing this.”