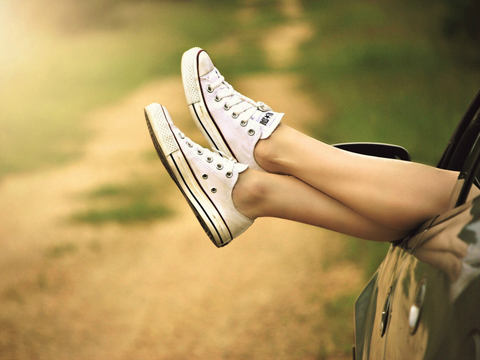 Entertainment is taking center stage in a near retail concept by KicksUSA. Two new stores that will open in New York City and Queens in the coming weeks will focus on a highly engaging and entertaining consumer experience.

The shoe retailer has partnered with Float Hybrid, a leading interactive experience agency and will incorporate digital and physical elements.

According to a recent study by Path Intelligence and MIT, when the amount of time spent in stores rose 1%, sales rose 1.3%. That is why KicksUSA believes that increasing time in store is all about giving consumers new and engaging experiences.

The first New York City store was opened in August in the Spanish Harlem neighborhood and boasts a mural spanning the entire store exterior. Inside is a full-sized theater for hosting community events such as film screenings and concerts, as well as brand shoe launches. The store also plans to add in retail technology such as projection mapping and bullet time GIF booth experiences.

“You see a lot of retailers talking about innovating the in-store experience,” says Keith Bendes, vice president of marketing and strategic partnerships at Float Hybrid. “KicksUSA is putting their money where their mouth is, and doing so with a focus on community. They are paving the way for the future of retail and how brands of all shapes and sizes should be treating their physical spaces.”

RELATED: How DSW is making the jump to digital

Moving forward, the retailer will continue to synchronize the digital and physical store experience in order to "stay connected to the brand and the lifestyle story we are telling from their device to their visit to a store," Brigitte Cooperman, COO of KicksUSA told FierceRetail. "We will continue to innovate with interactive components throughout our space to deepen the connection to the brand to maintain a sense of fun and discovery. It is an ongoing evolution."

As the retail industry now faces a lot of online competition and some publicly announced headwinds represented in the marketplace, KicksUSA differentiates itself by staying "hyperlocal and laser focused on connecting to our consumer in their preferred style choices of the moment," said Brian Forde, CMO, KicksUSA. "We have what’s next now."