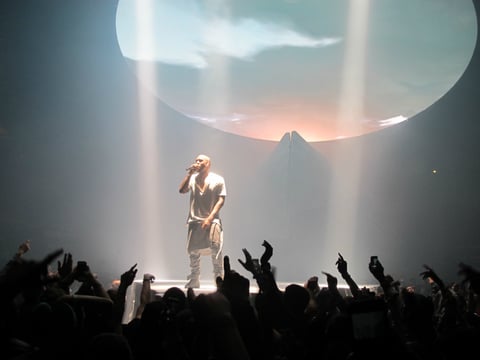 Kanye West is planning to promote his upcoming release "The Life Of Pablo" with 21 pop-up shops selling related merchandise.

The temporary locations will be scattered across the globe and open for just one weekend. Each will sell only Kanye West goods.

This isn't West's first foray into retail, nor will it be his last. He has already tested the waters with temporary retail sites for The Life of Pablo in New York City, Los Angeles and Paris. One location reportedly brought in $1 million in just a few days, according to Forbes.

West is also in talks with Adidas to create a retail concept for the Yeezy brand.