JCPenney is transforming the customer experience 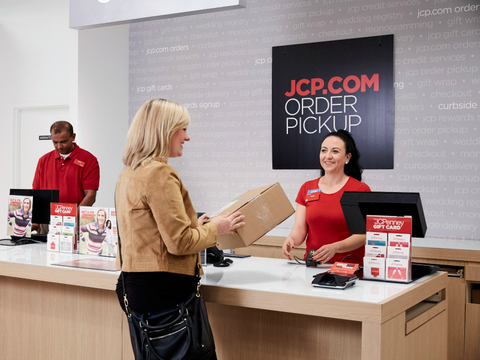 DALLAS – As JCPenney overhauls its 100-year-old business, it has found that moving quickly is the key to winning.

After making the decision to relaunch its home appliance business, JCPenney went from idea to deployment in four months, Mike Amend, exec-VP of omnichannel, said during a keynote address at the National Retail Federation's Digital Summit in Dallas.

In the last eight weeks alone, a JCPenney "SWAT team" has built 400 showrooms, hired and trained 2,200 associates, set up 50,000 appliances, and put up signs to boot, Amend told the crowd.

"There are more showrooms coming," he said. "It all comes down to speed of execution."

Getting back into appliance sales has been good for JCPenney financially, he noted.

Another area of change at JCPenney is its private label business, which the retailer intends to eventually account for 65 percent or more of its sales.

Designers working for the chain create 18,000 products each year that consumers can buy only at JCPenney.

JCPenney controls everything about its private brands, from design to sourcing of materials, although manufacturing is left to suppliers.

"We deliver extreme value for our customers, such as styles of fashion that aren't easy to do."

In a related maneuver, JCPenney is also boosting its services business, including a revamp of the roughly 800 in-store salons.

"Retailers must combine products and services to solve more complex problems that consumers can encounter," he said.

As an example, parents getting teens ready for prom can, say, buy dresses at a JCPenney store, get hair done, and even have photos taken of groups of high school friends before the big night.

To help get the right mix of products and services in stores, the chain has built and formally opened 574 outlets of high-end cosmetics retailer Sephora inside JCPenney locations, Amend said.

And while modern retail seemingly is all about cyberspace, roughly 50 percent of the retailer's online orders touch a brick-and-mortar store in some fashion, either as the location where shoppers pick up goods or make returns.

"That's just the starting point," Amend said. JCPenney is piloting a new model where stores serve as "expediters" to get customers their purchases faster and less expensively.

"We intend to use our stores as the standard and norm for online orders, not the exception," he said.

Jason Goldberg, a Razorfish executive who served as an interviewer for a portion of Amend's presentation, noted that that retailers can face employee resistance to new initiatives.

When customer purchases involve both online and brick-and-mortar components, retailers can find employees fighting over "attribution," or who gets credit for the sale.

"With same-day pickup, attribution is a challenge," said Goldberg.

But JCPenney has built its attribution model to encourage cooperation among employees, stores and online areas of the business, noted Ahmed, without providing any specifics.

"We expect them to take care of the customer," he said.