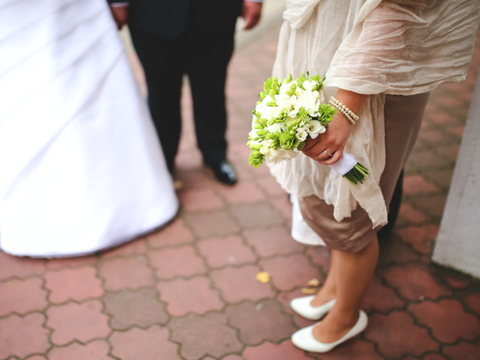 J. Crew announced the discontinuation of its entire bridal line, which first launched it into the online marketplace.

The fashion brand has marked down its entire bridal line by up to 70 percent both in store and online until all of the wedding merchandise sells out, according to a wedding specialist at J. Crew. The change signifies a shift for the company, which started in the bridal business in 2004.

Until 2010, the wedding collections were sold exclusively online. Six years ago, the retailer opened its first bridal shop on Madison Avenue in New York and other locations have opened since, including inside J. Crew's larger store on 5th Avenue in the Flatiron District in New York.

The decision comes after several years of dragging sales for the retailer. In the most recent quarter, comparable sales fell 9 percent, on top of a 13 percent drop in the same quarter in 2015.

In an effort to refresh, J. Crew recently announced its first activewear line. The company is trying to compensate for several fashion mistakes and complaints by consumers that items are overpriced. It's also putting stock into its Madewell brand, which has seen considerably more success over the last few years than the namesake brand, growing by double-digit percentages each quarter.

RELATED: Nordstrom to partner with Madewell

While J. Crew is getting out of the wedding business, other retailers are diving into bridal. Macy's recently announced it would invest more in the bridal experience by offering customers personal bridal shoppers and adding more expensive jewelry to the accessory lines.