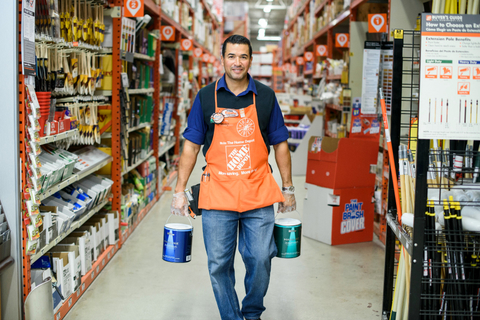 The sale of building supplies jumped in September due to hurricane season.

All retail sales were up 3.6% in September from the same month in 2016, according to the National Retail Federation (NRF), but the highest lifts were seen in the sale of building supplies, up 7.7% year over year.

“Retail appears to have navigated through some rough weather—literally,” NRF Chief Economist Jack Kleinhenz said. “Hurricane impacts were very clear, with a strong boost for building materials going a long way to offset downturns elsewhere. Results were mixed among several business lines but the bottom line was a good increase over August and strong growth from a year ago. While the hurricanes played a major role in the data, they did not fundamentally affect the upward path of the economy.”

Specifically, building materials and supplies stores were up 2.1% from August.

Retail areas that saw a decline included electronics and appliances stores, down 5.3% year over year. Health and personal care stores were down 0.6%, and sporting goods dropped 4.1% year over year.

Kleinhenz suspects that the level of building materials spending will continue to be an important figure in the monthly sales report for October.

RELATED: Harvey to cost $1B in lost sales

"Meanwhile, building materials have been on a relatively increasing annual trend this year given the pickup in the housing industry in 2017 and home improvement spending," he told FierceRetail. "Home prices have accelerated providing a source of fund to purchase or improve existing homes. There has been some recent softness in the housing sector, however, and that could impact housing-related retail spending."

In the long run, Kleinhenz says that the storms will not knock the economy off track, as this rides on the fundamentals of consumer spending, the housing market and business investments.

As rebuilding picks up, it will take time and a rebound in economic activity in late 2017 and early 2018 as new spending is expected for purchases of cars, furniture, clothes, etc.

"The storm has affected small and larger retailers alike. Cleanup and replacement spending will probably impact discretionary spending in the affected areas and will vary by retail segment," Kleinhenz said. "The question mark is for those that sell nonessentials. Someone who has just spent a great deal of money and effort to get their house repaired does not seem a likely a candidate to be out buying holiday gifts, except to replace a few necessary items they may have lost. Just too soon to really get a feel."