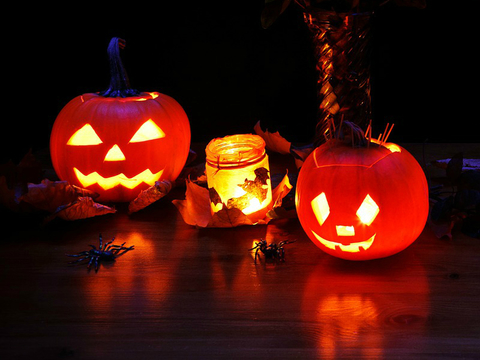 U.S. consumers are planning to splurge on Halloween goodies this season, as spending is projected to hit record heights.

Total spending for Halloween is expected to reach $8.4 billion, according to the National Retail Federation’s annual survey conducted by Prosper Insights & Analytics.

U.S. consumers are expected to spend an average of $82.93, which is up from last year’s $74.34. More than 171 million Americans planning to partake in Halloween festivities this year.

RELATED: 83% of Halloween items to be purchased in brick-and-mortar

Brick and mortar will win Halloween, as the majority of shoppers plan to visit physical locations. Roughly 47 percent will shop at discount stores for Halloween-related items and 36 percent will visit a specialty Halloween/costume store, up from 33 percent last year.

“Consumers are eager to celebrate Halloween, especially given that eight in 10 Americans will shop by mid-October. That is the highest we have seen in the survey history,” Prosper Insights Principal Analyst Pam Goodfellow said. “Americans will enjoy taking advantage of early-bird promotions both online and in-store as they kick off the fall season.” 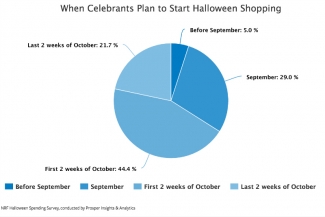