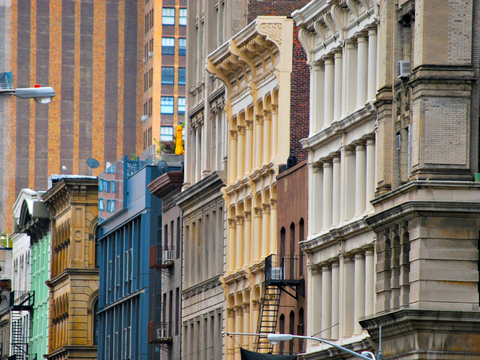 Greats sneaker brand will open its second brick-and-mortar store later this week. The store will be located in New York City's SoHo neighborhood, not far from where the e-commerce retailer was launched in Brooklyn.

This marks a new chapter for the direct-to-consumer brand, which opened its first store in Los Angeles earlier in 2018.

The e-commerce retailer always had plans for physical locations but ran into a few challenges along the way. First, the company was operating for the first few years without enough inventory, so they simply could not make enough product for stores fast enough. Second, the brand first needed to test out some pop-ups to feel out the brick-and-mortar platform.

Greats has confidence in its physical presence, even in a time when so many brick-and-mortar retailers have been forced to close their doors.

"Our stores will all be unique both visually and architecturally," the spokesperson said.

In the Venice, California, location, Greats went for a minimal, clean look that represented the neighborhood. The shop is located in a 1920s bungalow and was born out of the idea that the space should be fun to visit.

Of the SoHo space, the spokesperson said, "We created these really unique organic shapes/shelving that we think will make the experience much more interesting than a slat wall shelving system. Not to mention the Greats staff is there to educate you on what we do and how we do it, which our customers is very interested in. I want our team to educate, not sell."

And while in-store entertainment will be a factor, the spokesperson says it's not the end-all-be-all.

"Finding the balance of what's entertaining, which can be the space itself, that Instagram moment somewhere in the space, the lighting, that's all entertainment in some way and important," the spokesperson said. "That doesn't mean you need to do concerts or insanely expensive productions to entertain the customer. It should be organic and unique to the brand without question. We hosted a women's founder event in our Venice store a few weeks ago and it was standing room only. That is a form of entertainment but again, it was more about educating our audience about how to start a business, what it takes to launch a startup and the panel was made up by three different female founders. It was one of my favorite events I've ever been involved with."

Moving forward, Greats plans to expand its physical presence and will continue to sell direct to consumers online. The stores are meant to not only drive online business, but to complement it. While digital will most likely remain the largest part of Great's business, the physical stores are meant to be profitable and contribute to the bottom line.