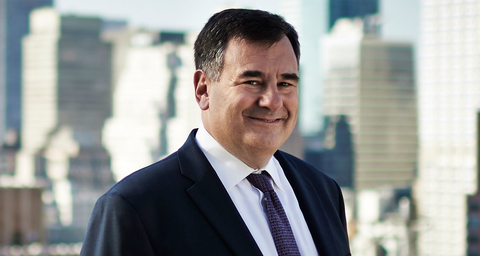 Stephen Selbst, chair of the restructuring and bankruptcy group at Herrick Feinstein LLP

While there is no doubt that the rise in e-commerce is having a negative effect on brick-and-mortar retailers, other factors are contributing to a weakness in the retail sector. As more and more traditional stores talk about reducing square footage, the number of locations or shuttering all together, retailers need to take a step back and look at the underlying cause and make decisions to stay relevant moving forward.

There’s no question that online is having a material impact on retailers, ranging from luxury goods to commodity goods, but there are other things going on in the sector as well, according to Stephen Selbst, chair of the restructuring and bankruptcy group at Herrick Feinstein LLP.

First, the talk over the past 20 years of the U.S. being “over stored” is finally coming to fruition. There is just entirely too much retail store space, as evident when iconic Macy’s announced last August that it would be closing 100 store locations but that it really would not affect the company’s net income.

The third disrupter is the change in consumption patterns by consumers. For years post-WWII, fashion merchandise sold strong. But in the last few years, driven by cheaper products from Asia and people spending much less of their disposable income on clothing, the apparel industry is no longer a driving factor in retail.

“While that number will never go to zero, that’s a huge shift away from fashion retailers,” Selbst said, partly due to millennials and younger generations spending income on electronics and experiences over clothing.

Finally, Selbst says that the last contributor to the downward spiral of traditional retail is the income squeeze on middle-class families. Therefore, retailers that cater to this demographic, such as department stores, are feeling the squeeze as well.

In the past, Selbst says that higher-end retailers often survived when others had it tough, as their high-income customers were also not affected. But this is no longer the case, as evident with luxury brands such as Ralph Lauren, which announced this week that it would close down its flagship location in New York.

So what does this all mean for retailers?

“There’s a soul-searching process that is being done in retail and it’s got a few dimensions,” Selbst said. First, for those still committed to physical stores, the retailers are trying to reimagine the shopping experience and connect the consumer to the brand.

For many retailers, this means a shift to electronic sales and figuring out a new digital path. For example, Walmart bought Jet.com last year in an effort to conquer the online space, knowing that the e-commerce company had more experience in this channel than the traditional big box.

Looking forward, Selbst notes that retailers will have to recognize that they are now in the real estate business and as paying for space becomes more expensive, it may not be wise to keep building physical locations. He also said that a long-term reduction in physical retail space will eventually cause many regional shopping malls to disappear.