Dov Charney is back in business 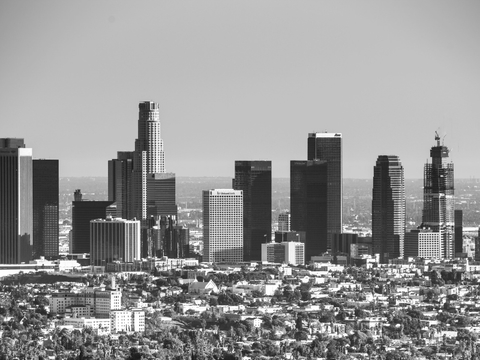 American Apparel founder Dov Charney is back in business selling American-made T-shirts and anticipates the business to scale up quickly, based on his track record.

"I know how to sell,” Charney told Fortune. “I’m a member of the demographic which I serve, and I have no intention of leaving this industry and I plan to go into it very forcefully.”

The business remains unnamed but is currently selling apparel made in Los Angeles to other manufacturers.

RELATED: American Apparel could be for sale

It's a similar model to American Apparel's, which operated out of facilities in downtown L.A. Charney's new effort is located in South Central and the executive remains committed to the city. He has even created a photo blog dedicated to "often ignored architectural, signage, facades and street scenes that adorn Los Angeles."

Charney was ousted from his company and failed to win it back, despite several attempts to do so. American Apparel recently emerged from bankruptcy without him.

Funding sources for the new initiative are unclear. Charney told Fortune that money was easy to come by, thanks to his industry connections. But one potential investor, Hagan Capital Group, that was reportedly putting up $20 million as backing, declined to comment on that status but in January, Chad Hagan of Hagan Capital Group told Bloomberg Business: "We are backing Dov on a new venture."