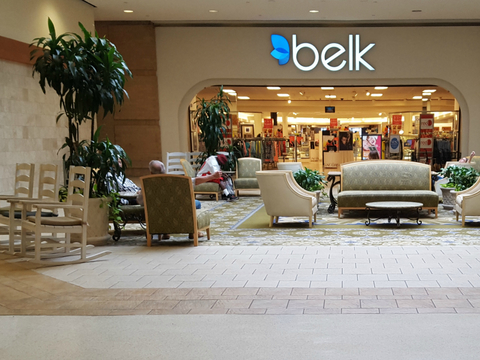 The Crown & Ivy boutique will exclusively carry the store brand and be located on the upper level of the Crabtree Valley Mall, in a former Banana Republic. Belk also operated a department store at the mall.

The retailer briefly tested the concept with a monthlong pop-up shop for the label on Charleston's King Street in March.

Crown & Ivy is considered a brand that embodies Southern style, an image being cultivated by Belk's current owners, Sycamore Partners.

The private equity group bought Belk in 2015 for $3 billion. In June, CEO Tim Belk announced his retirement, marking the end of the family's oversight of the brand.

Separately, Belk is selling its corporate headquarters in Charlotte. The more than 30-acre property is currently being offered for $80 million.