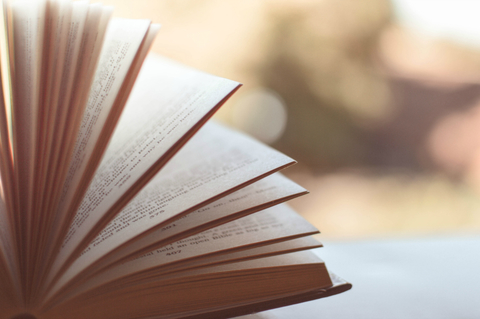 Amazon is still in the early stages of experimentation with physical stores.

Amazon announced the opening of its first stand-alone bookstore in Chicago this week. The move is the latest push for Amazon into the brick-and-mortar world as it continues to test its branding in the physical world.

So why a bookstore, and why now?

This is actually Amazon's fifth physical retail location, but the first one outside of a mall. The 6,000-sq.-ft. shop in the Lakeview neighborhood hosts a traditional POS, a far cry from the e-commerce giant's first online book sales 22 years ago.

For many analysts, Amazon's physical expansion marks the poignant notion that physical retail is not going away and plays an important role in the omnichannel experience.

"This move demonstrates that Amazon recognizes the importance of understanding the entire on- and offline experience of customers," Joey Moore, director of product at Peerius, an Episerver company, told FierceRetail. "But even though most experts praise Amazon for pushing the retail industry forward, the truth is that they're late to the brick-and-mortar space. Here, traditional and emerging retailers have a leg up on Amazon. And so, these retailers can leverage their own brand and brick-and-mortar know-how to deliver a superior customer experience. To bring the in-store experience into the 21st century, retailers can use the customer data and information captured via one channel to improve customer interaction and engagement across other channels."

But other analysts disagree that Amazon needs to have physical stores in order to increase revenue. According to Jared Blank, senior vice president, data analysis and insights at Bluecore, Amazon did $135 billion in sales last year and physical retail will not add significant revenue next year.

"Like most retailers, Amazon is interested in figuring out how physical stores can help drive total retail sales, online and offline," he said. "Even digital-first retailers like Warby Parker, Birchbox, Bonobos and many others have decided that physical locations help drive online sales. How exactly those two channels work together is still the open question."

He went on to explain that Amazon is still in the early stages of experimentation with physical and even they don't know if it will be a profitable business. Or perhaps the physical stores will just serve as a billboard ad for the brand.

"Amazon will continue to try all sorts of formats: mall stores, non-mall stores; shop-in-shops in other stores and so on," Blank continued. "Think about Starbucks, for example. Starbucks has its locations. It has locations in Target. It has shops in hotel lobbies. It has shops in airports. It has product that it sells in specialty stores. It has drive-through locations. Starbucks has learned that there are lots of different formats that will work for its product." He predicts we'll see five to 10 different types of Amazon bookstores in the coming year.

Greg Portell, lead partner in retail practice of A.T. Kearney, a global strategy and management consulting firm, says books were an easy choice because it's a category that Amazon knows well. Plus, its communal quality provides good context for an experiment in retail. And bookstores contain nonperishables, which are less complex in the supply chain.

In addition, Portell notes a comeback in local bookstores, which may be putting extra pressure on Amazon to have a physical presence. At the same time, the experiment is a great opportunity for Amazon to show that analytics have a place in the offline world.

"The comeback by local bookstores suggest that consumer demand is becoming more community-centric. This view is supported by the success of farmers' markets, local breweries and small businesses. Amazon’s online model is one of convenience which doesn’t fit this growth segment," he said.

Ultimately, Amazon's move is just following the lead of the consumer. Mass retailers are expanding to all channels in order to be where customers want to shop when they want to shop.

"By being purposeful in how they enter the physical world, Amazon can focus on categories where they can win," Portell added.