77% of shoppers charged their holiday spending 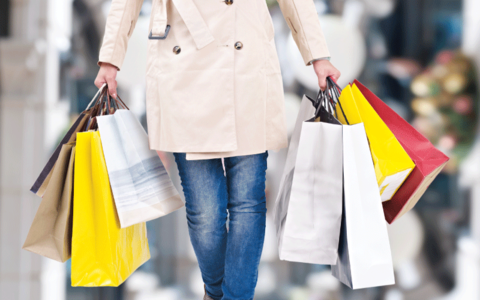 Most shoppers put their holiday gifts on credit cards in 2017. (iStock/imtmphoto)

The average U.S. consumer spent $1,059 on gifts, travel and accommodations this past holiday season. According to the 2017 Holiday Spending and Credit Card Debt Survey, that was a 5.5% increase per person over 2016. And most of those shoppers, almost 77%, paid for this shopping at least partially with a credit card.

Boomers and Gen Xers spent the most money over the holidays, while millennials spent the least. U.S. shoppers between the ages of 45 and 59 spent $1,417 on average, and participants ages 18 to 20 spent about $549.

RELATED: Retailers up the rewards on branded credit cards

"Millennials are using credit cards less than older demographics in part due to their much higher student debt burdens, which have made them wary of acquiring debt in other areas of finances," RewardExpert’s CEO and co-founder, Roman Shteyn, told FierceRetail. "Additionally, changes in regulations pertaining to credit card solicitations on college campuses in the mid- to late-2000s have decreased the amount of impulsive and under informed credit card signups for this age group."

One surprising finding is that it will take higher-income adults longer to pay off their January credit card statement than lower income adults. Respondents with incomes between $125,000 and $149,000 anticipate needing between two and fourth months to pay off holiday bills.

Another surprising finding was an all-or-nothing pattern in spending for younger baby boomers and older Gen Xers, who spent more than any other demographic, while at the same time having the highest number of respondents reporting having no spending above baseline for the holidays as well, according to Shteyn.

Assuming that economic growth continues without any major crash or unforeseen events, Shteyn anticipates a modest increase in spending in 2018.