The changing look of supermarkets 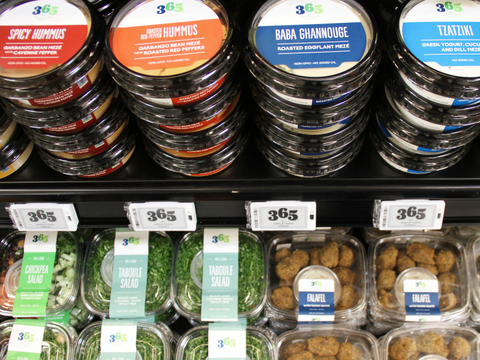 Whole Foods Market has been experimenting with a scaled-down format with more packaged and prepared goods at lower prices.

Some traditional supermarkets have continued to thrive in the United States, but only because their formats and footprints have adapted to suit the needs of the industry and consumers.

For many supermarkets, the changes have included brand consolidation.

Neil Stern, senior partner at McMillanDolittle, says that the growth of grocery has actually been stagnant, especially as traditional supermarkets have matured.

“Faced with this, options include consolidation, which is the driving force behind M&A, and experimentation with new formats. In a zero growth game, share needs to be taken from someone else,” Stern says.

For example, Albertson’s acquired Safeway in 2015 for $9.2 billion, but not before divesting 146 stores to Haggen Food.

Changing formats were also a popular trend for grocery in 2016. It seems brands from Walmart to Whole Foods were testing new ways of setting up stores or driving traffic to try to stand out among the competition. 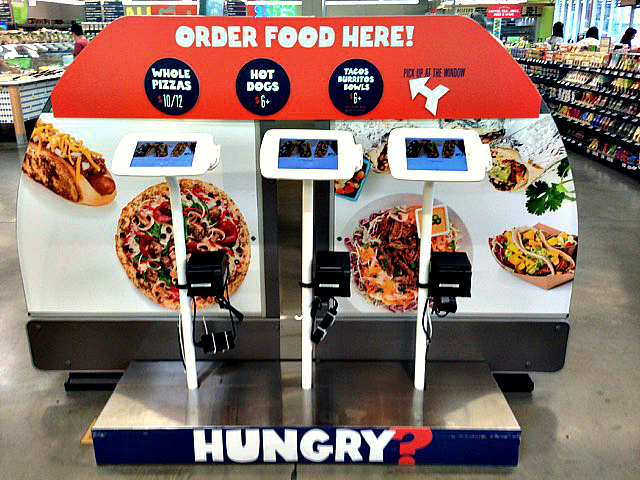 Some of the best examples of tests include Whole Foods, which introduced its 365 by Whole Foods concept in 2015. The few test stores, including one in Los Angeles and several in Oregon, reveal a scaled-down format with more packaged and prepared goods at lower prices. No frills help keep the costs down, and prepared foods are meant to meet the needs of busy consumers.

Similarly, discount grocery Aldi has revamped its shelves to include more healthy and organic selections, while sticking to its low pricing policy. The brand is set to test healthier checkout lanes, which include better snack options instead of candy.

For some grocers, this format means expanding square footage. For example, Aldi and Target are scaling up. Aldi announced in 2015 that it would scale up some of its store footprints from 10,000 sq. ft. to 15,000 sq. ft. or more, adding more items to the assortment.

Target’s expansion is part of an initiative that began six years ago in a pledge to fix its food department. Executives at Target speculate that a more appealing grocery department can drive one more shopping trip per customer every three months, lifting overall sales by $2.5 billion annually.

For other retailers, the change in format means scaling down. Hogben believes that formats such as Whole Foods’ 365 are the future: limited choices and store-brand products. The results are easier choices for busy consumers and cheaper prices. “This is not a fad, but a permanent change in the grocery landscape—we will see more and more chains shift to store brand products and with that, smaller format stores,” he says.

Regardless of size, Hogben says that the future of grocery is faster, easier and less expensive products.

The trick, according to Kramer, is for these big-box retailers and others getting into grocery to find the right mix of convenience and frequency without the overhead of a full grocery store. In general, grocery retailers have a lower profit margin than other retailers. So if the nontraditional are getting into the mix, they can pick grocery items that have a higher margin and better shelf life.

For independent grocers like Tony Orlando, owner of Tony O’s Supermarket and Catering, the shift in grocery has forced his supermarket to make changes and adapt in order to survive. Similarly, Orlando has had to focus on niche items. So in large part, he focuses on perishables, where he can stand out against the big-box retailers. For example, deli and bakery make up 51% of his sales.

“Know your market and know what you can do for them,” Orlando says.