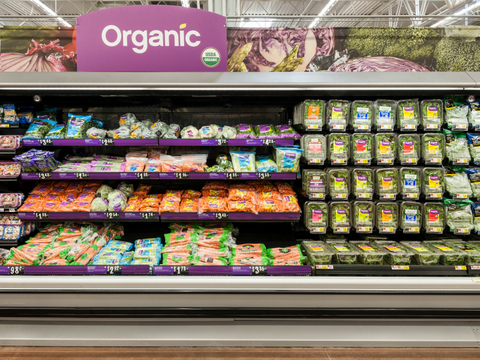 Walmart is running a price comparison test in 1,200 of its stores in the U.S. The big-box retailer is working with its packaged goods suppliers and hoping to close the pricing gap on its groceries so that it can better compete with other low-price grocery retailers such as Aldi and Kroger.

The price test is occurring in 11 Midwest and Southeastern states. Walmart's grocery products account for 56% of the company's revenue and remain vital to the chain's health.

Reuters looked at a basket of grocery items sold by Walmart and Aldi across five Iowa and Illinois cities and found that Walmart consistently showed lower prices than Aldi, an improvement over recent reports that said the chain's items were as much as 20% higher than discounter Aldi on many staple items.

RELATED: Walmart sales on the rise

Walmart is also working with its suppliers to lower prices. For example, the company recently met with vendors including Procter & Gamble, Unilever and Conagra Brands to demand they reduce their prices by 15%. A supplier reported that Walmart has cut prices on some of its products as much as 30% in the past few months.

The company also wants its vendors to improve logistics with hopes of helping vendors get $1 billion more in sales over an unspecified time period. By shipping orders in full and on-time, vendors could lower trip delivery costs and reduce out-of-stock problems that can hurt sales.