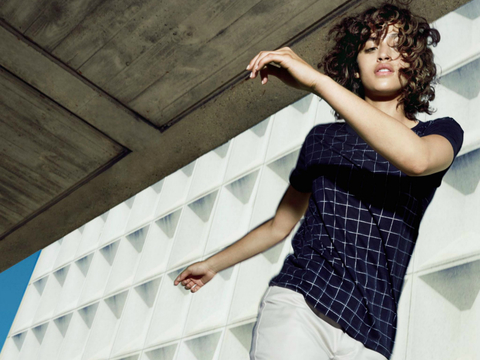 Under Armour debuted a line of premium apparel at Fashion Week and named its new president as the brand looks for growth in a shrinking market.

UAS is the company's new premium brand and an elevation of athleisure that hopes to lure luxury shoppers and millennials with chic streetwear and some leisurewear that includes chinos and button-down shirts.

"The target audience for UAS is men and women between the age of 25 and 30 years old who are looking for everyday fashion with innovation for off-the-field," according to Cowen and Company.

Separately, Under Armour has promoted Jason LaRose to president of North America, replacing Matthew Mirchin who will remain through the transition period.

LaRose joined Under Armour in 2013 as head of global e-commerce and was later named senior VP of digital revenue. He will remain in that role until a replacement is found.

"Since joining Under Armour, Jason has been a rising star, establishing our e-commerce business globally," said Charlie Maurath, chief revenue officer, Under Armour. "I am confident that he will continue to thrive as he transitions to lead our growth in the North American region with Matt by his side. I want to thank Matt for doing a tremendous job strengthening our relationships with key partners during his tenure at Under Armour."

The premium apparel line and LaRose's appointment underscore both the challenges and opportunities available to the brand. Digital sales are outpacing those at physical stores and consolidation among retailers is going strong, with Sports Authority and Golfsmith the most recent casualties.