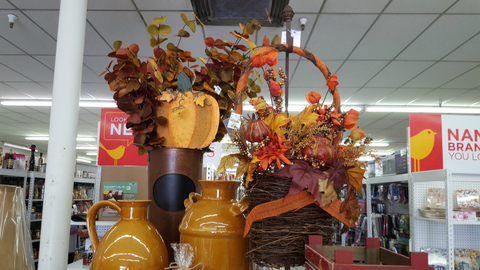 Tuesday Morning has unveiled a new format in two locations, one a new store and the other a remodeled and expanded existing location. Both are in the company's home market of Dallas.

The store at the Preston Center in Dallas has been expanded by 40 percent to 10,075 sq. ft. and has many of the same features representative of the new prototype.

Both locations are currently open to the public.

"As we evolve our store experience, we are putting the focus on our product and the great values we deliver to customers every day in an easy-to-shop and inviting atmosphere," Tuesday Morning CEO Steve Becker said. "Our new store in Plano and expanded presence in Dallas' Preston Center are representative of this initiative."

Since January 1, Tuesday Morning has opened eight new locations and relocated or expanded an additional 34 stores. The company plans to complete another 35 units by the end of 2016.

Off-price retail is currently the industry's top-performing segment as traditional department stores scramble to open formats to better compete with T.J. Maxx Cos. Tuesday Morning is in the process of improving its existing store base, which has negatively impacted income although same-store sales grew double digits for the most recently completed quarter.