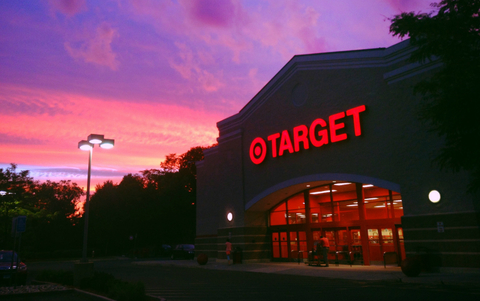 Target (NYSE:TGT) grand-opened several stores in July and most are in its new flexible format. These are much smaller than the traditional supercenter and many are located in urban areas.

Each location is differentiated with local touches, and in some cases art.

The new store in Chicago's Lincoln Park neighborhood features installations by area artist Cody Hudson and Struggle, Inc. that highlight city landmarks and its most famous foods. What began as paper cut-outs were turned into wallpaper used throughout the store.

"As we open new stores across the country, we're taking the same detailed, locally inspired approach. From the exterior of the building, interior ambiance as you walk in to the curated assortment, each part of the shopping experience reflects the neighborhood and what local guests want," according to a Target blog post.

A flexible-format store near the University of Minnesota and others in St. Paul, San Francisco, and Berkeley, California, also feature custom art.

Target is focused on growing its small-store base, even as Walmart has backed away from its Express formats. Target opened four new stores in July and its fall opening schedule promises nine new units.

Each store varies in size, layout and selection, ranging from 16,000 to 31,000 sq. ft. Sales at these stores are close to twice that of larger stores and give the company access to younger shoppers.