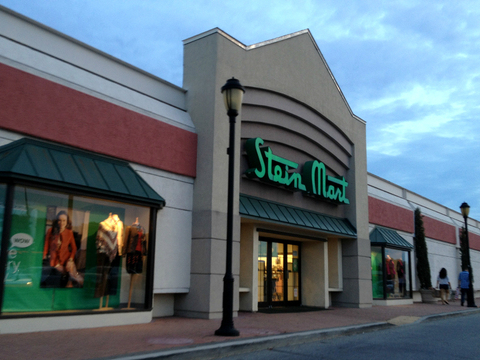 Robertson was named CEO in March and also served as chief merchandising officer, from which she was promoted.

The retailer is now searching for replacements for both positions and D. Hunt Hawkins, Stein Mart's president and chief operating officer, has been named interim CEO.

Robertson had been implementing new marketing strategies that targeted younger shoppers with an emphasis on digital promotions in favor of print. Those changes have been disruptive to the company.

In a preview of the third quarter (which ends Oct. 29), the company stated that comp-store sales have decreased roughly 4 percent through Sept. 27 compared to the same period last year. Sales results have improved somewhat in September after a challenging start and several missteps in August.

"We believe that several of the new merchandising strategies that have been developed this year will positively impact our future sales. However, implementation has been too rapid and has been challenging for our customers," said Hunt Hawkins. "It is important that we remain focused on meeting the needs of our existing customers as we drive change."

"Some of the sales initiatives that have been developed under Dawn's leadership are important for our future and we will continue to cultivate them to drive sales in this challenging retail environment," Chairman Jay Stein said in a statement. "Hunt has been a valued leader at Stein Mart for over 20 years. The board and I are confident in his ability to guide our associates and to continue implementing our strong sales strategies."