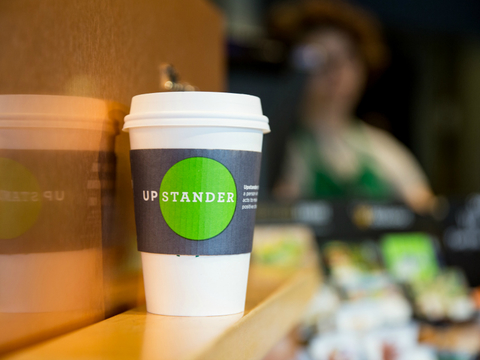 Starbucks is taking a stand on political and social issues this campaign season. It's not the first time the company has gotten involved in controversial topics, but this time it's doing so in a unique way.

The coffee chain has produced an original series call the "Upstanders" with the goal of inspiring Americans to "engage in acts of compassion, citizenship and civility."

“Upstanders” features 10 stories, each told in written, video and podcast form, about ordinary people doing extraordinary things to create positive change in their communities, according to the company. The series is written and produced by Howard Schultz, Starbucks chairman and CEO, and Rajiv Chandrasekaran, Starbucks executive producer and a former senior editor of The Washington Post.

Themes include combating religious persecution against the Islamic community in Memphis, Tennessee, creating solutions to house the homeless in Utah, and a program to save food designated as waste.

The series is available on Starbuck's website and the company will host town hall events to share ideas about creating change.

“We’ve asked ourselves what is the role and responsibility of a public company and, as citizens, how we can catalyze hope in a time when we need more optimism, empathy, compassion and leadership,” said Schultz. “The upstanders featured in this series are inspiring individuals whose actions are emblematic of the American spirit and what is missing from so much of today’s national dialogue. We have always been storytellers at heart, and more of these stories need to be heard. We are using our scale to share them as broadly as possible.”

Separately, Schultz endorsed Hillary Clinton for president, telling CNN: "I think it's obvious that Hillary Clinton needs to be the next president. On the other side, we've seen such vitriolic display of bigotry and hate and divisiveness, and that is not the leadership we need for the future of the country."