Retailers up the rewards on branded credit cards 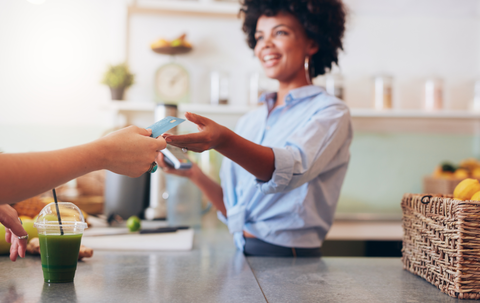 Retail rewards get competitive in the credit card wars.

As credit card interest rates continue to rise, retailers are offering new rewards programs to ensure that customers will continue to shop and use cards.

According to a recent report from CreditCards.com, about one-third of the 65 cards in the survey added value to their rewards program in the past year.

Retail credit card use is at an all-time high, with consumers feeling the pressure from the lost 25% average APRs. Only 10 of the 65 cards surveyed offering APRs less than the general average of 16.15%. In 2017, one card company hit the 30% APR for the first time.

So what are retailers doing to try and get customers to sign up for cards despite the high APRs? The most popular perk, 80%, is a structured rewards program such as cash or points back based on spending. And about two-thirds of the cards offer a first purchase discount or reward. And another 22% of the cards surveyed reward customers incrementally based on how much is charged to the card.

“Retailers are upping their rewards game in an effort to entice customers to sign up for their high-interest credit offerings,” said Matt Schulz, CreditCards.com senior industry analyst. “The average retail card rate is so absurdly high that folks who will carry a balance should look elsewhere. Even if you get a 10% or 15% discount on what you're buying with that card, the math can work against you in a hurry if you don't pay your bill in full at the end of the month.”

Some of the cards offer APRs based on the cardholder's credit score and 10 cards offer 16% APR to their most qualified customers. For example, Kroger, Apple and Bed Bath & Beyond offer less than 15% APRs to those who qualify.

According to Schultz, retail card APRs will "almost definitely increase" overall in the next few years.

"A perfect storm of rising Federal Reserve rates, credit card debt and delinquencies make that a near certainty. However, it's not clear that we'll see that growth among cards that are already the nation's most expensive. Our survey seems to show that issuers and retailers may be reluctant to push APRs over 30% even if the Fed keeps raising rates," Schultz told FierceRetail.

Credit cards remain a major revenue source for many retailers, so they remain a priority. But the marketplace is competitive, forcing retailers to "step up their game," he says.

So what are consumers really looking for in a credit card?

"If someone understands that they can really get their money's worth from a card, in the form of sign-up bonuses, exclusive discounts, VIP access or other such unique perks, they'll sign up. They'll even pay extra for it. We've seen this with the massive success of high-end credit cards such as the Chase Sapphire Reserve. It has to be a good deal, however, because customers can smell a bad one from a mile away."