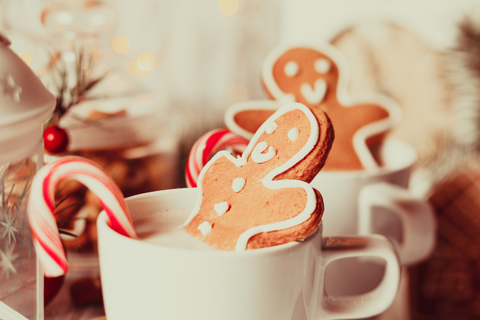 Retailers and consumers are not seeing eye-to-eye on where they will shop for the holidays.

Predicting holiday shopping trends isn't always easy, especially when it seems that shoppers and retailers have a different take on what the shopping season will look like in 2017. For example, 26% of consumers plan to do most of their shopping on Amazon, but only 36% of retail executives see Amazon as their largest competitor, according to two recent surveys of retail executives and consumers by BDO.

So are retailers greatly underestimating Amazon this holiday season?

RELATED: Almost half of holiday shoppers to choose Amazon, every time

"BDO’s CxO and Consumer surveys’ data shows that more than one-fourth of consumers plan to purchase the majority of their holiday gifts on Amazon this year, but retailers are more concerned about competition with big-box retailers than Amazon. Additionally, consumers’ plans to watch their budgets this holiday season also suggests that Amazon’s incredibly competitive prices could capture the majority of sales," Kotlyar said.

According to 50% of the retailers surveyed, big-box stores are perceived as their biggest competitor in 2017, but only 21% of consumers plan to do most of their holiday shopping at a big-box store.

But don't count out big-box stores yet. Their convenience, price points and diverse product selection consistently attract consumers throughout the year, Kotlyar says.

She added, "Many of these stores are adapting their e-commerce strategies to fit the climate of clicks over bricks. Walmart, for example, recently implemented their new pricing strategy of raising prices online in an effort to drive their customers in-store. Those who choose to shop at the store usually tend to purchase more once they’re in the aisles."

"Innovative in-store experiences are for consumers who can afford to spend the time and money shopping for holiday gifts at physical retail locations," Kotlyar said. "The majority of consumers are too busy and budget-minded to enjoy new in-store perks like spas, cafes or gyms. Instead, they want shopping to be convenient, fast and budget-friendly. And, when people have busy lives, many consumers prefer a few clicks over a drawn-out trip."

The survey also revealed a difference of holiday opinions with the executive suite. For example, most CFOs believe that energy and fuel costs will have the biggest impact on holiday sales, while CEOs see tax changes at the biggest contributor.

So why such varied predictions from consumers to retailers?

"Consumers are evolving faster than most retailers can adapt," Kotlyar said. "Retailers can work to better understand their customers through enhanced data analytics and customer engagement. Understanding customers through qualitative and quantitative research is key to retail’s survival moving forward."

However, retailers and consumers see eye-to-eye when it comes to pricing. Just over half, 54%, of consumers say that price will be one of the biggest factors this year when choosing stores, and 68% of executives say that the price competition will be their biggest challenge as well.

And they also agree on the importance of free shipping, which cited by 25% of retail executives and 21% of consumers.