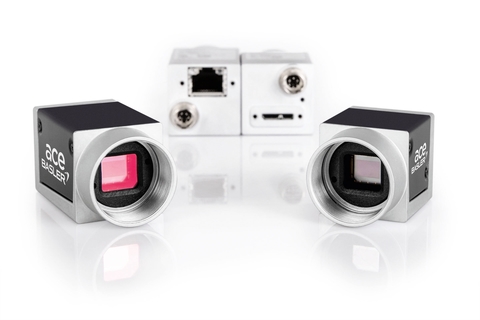 All types of consumer products, from electronics to canned goods, will be affected by an aluminum tariff. (Basler)

In unity with many retailers in the industry, the National Retail Federation (NRF) issued a statement in response to President Donald Trump's new tariffs on steel and aluminum. Led by NRF President and CEO Matthew Shay, the industry denounced the tariff as an "unnecessary tax on every American family"  and a "wound on the nation's economy." Ultimately, analysts say U.S. consumers will pay the price.

The announcement comes on the heels of Trump granting tax reforms that would benefit consumers, but the new tariffs would impose higher prices on products ranging from canned goods to electronics.

The letter from the NRF also addressed the impending NAFTA negotiations, which include the threat of more tariffs on goods from China.

"The true greatness of America cannot be realized when we build walls blocking the free flow of commerce win today's global economy," wrote Shay in the open letter.

According to Johan Gott, a principal at global strategy and management consultant A.T. Kearney and head of the firm’s Trade Wargaming initiative, ultimately the tariffs on steel coming into the country will cause domestic sources to raise their prices as well.

"All retailers are steel consumers through indirect material buy," Gott told FierceRetail. "Stores and distribution centers contain large amounts of steel and shelving. Other retail-related materials are also made of steel, all of which will face higher prices. Consumers will of course have to pay these increased costs, as retailers margins are not large enough to allow them to absorb these costs in the long run."

In addition, he says that "made in USA" products that include steel (big item for hardware stores, e.g.) will also be hit by higher input costs and "these costs will work themselves through the supply chains and eventually end up raising prices on the retailers’ shelves."

In the end, increased prices means consumers will not be able to afford as many products.

"I know from first hand conversations with U.S. based producers using steel and aluminum taking place over the last few days, that this is a major concern of theirs," Gott added.