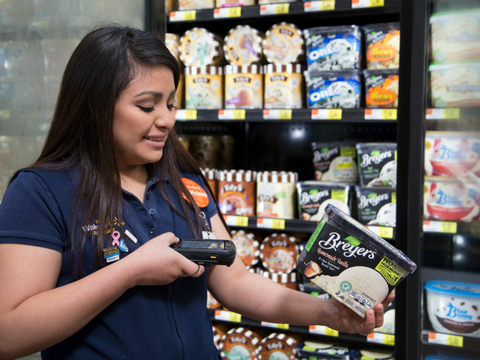 The annual median base pay in the U.S. grew just 1.1% in December, to $51,210, according to job site Glassdoor. This number is only slightly higher than the 1% growth in November. But retail was a bright spot, with many workers' pay up three times the national average.

The biggest growth in pay during 2017 occurred in January, when wages were up 3.5% year over year. Glassdoor's report looks at salary estimates for 85 jobs and in 10 major metro areas of the U.S.

"U.S. wage growth remains weak as we close out the year, having experienced a sharp decline from a peak of 3.5% in January 2017 to this month's 1.1%," said Andrew Chamberlain, chief economist of Glassdoor. "This stagnation is part of the continued recovery after the large dip in pay growth in May, June and July of 2017, likely due to the changing composition of the U.S. workforce. As the economy improved, many sidelined workers rejoined the labor market at below-average wages to get their foot in the door with employers. This impacted overall U.S. pay and is likely the reason for the dip and slower recovery."

RELATED: Retail jobs up by 13K in November

However, retail sales did not seem to suffer over the holiday season. MasterCard SpendingPulse noted a 4.9% increase in holiday sales. As a result, salaries of retail workers were also affected positively. E-commerce workers saw gains three times the national average. For example, warehouse associate pay was up 4.1%, truck drivers up 3.4%, delivery drivers up 3.3%, cashiers up 3.6% and buyers up 2.2%.

"Although the brick-and-mortar retail sector struggled overall in 2017, the industry is shifting its focus towards more pleasant in-store experiences, with sales associates who can help customers navigate a complex product space. That means the in-store jobs that survive this retail shake-up may be higher skilled—and higher paid—in the future," said Chamberlain.

Automation and artificial intelligence are beginning to impact some traditional roles, however. Wages were down for loan officers, machines operators and office managers, jobs that are being replaced by new technologies.