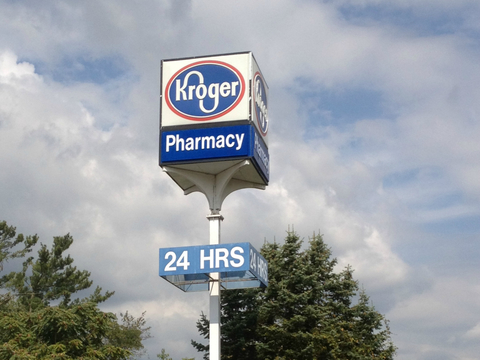 Many Whole Foods Market locations are facing food shortages and empty shelves, issues speculated to be due to the spike in shopper traffic in the wake of the Amazon acquisition. But employees say that the problems began before the acquisition and are tied to a faulty order management system called order-to-shelf that was implemented across all stores last year. (Business Insider)

Walmart's COO Judith McKenna was named the new president and CEO of its international unit, effective Feb. 1. The current international CEO, David Cheesewright, will stay with the Walmart on a limited basis. (CNBC)

Apple announced a new set of investments to build on the economy and its workforce. Apple is already responsible for more than 2 million jobs for the U.S. and expects to generate even more, including adding $350 billion over the next five years into the economy. (Business Wire)

Kroger announced that it is actively recruiting experienced retail and digital and technology employees for corporate and store management across its companies. As part of the Restock Kroger initiative, the company is investing $500 million in human capital over the next three years. (PR Newswire)