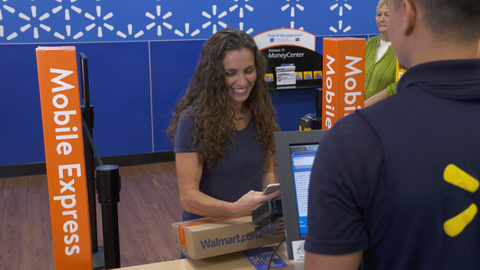 Walmart is raising the minimum hourly wage ahead of tax reforms.

Walmart has announced that it will raise the hourly minimum wage to $11 an hour in wake of the U.S. tax overhaul. The increase will take effect in January and will cost $300 million on top of annual wage hikes that the company has already planned. (Bloomberg)

Stater Bros has named company veteran George Frahm as president, a position previously held by CEO Pete Van Helden. Frahm, who was most recently executive VP of administration/distribution, started working for the chain in 1973 as a clerk's helper and janitor. (Supermarket News)

Amazon is looking for 1 million square feet of office space in Boston, which has retailers wondering if the marketplace has chosen a city for its new headquarters. According to real estate executives, Amazon is in negotiations with a seaport developer to lease an entire office building. (The Boston Globe)

The Home Depot, with agency 22squared, recently released a campaign specifically for Pinterest. With an interactive component, the Promoted Video Pins let users explore various rooms to seek design inspiration, as well as click through to purchase items. (MediaPost)