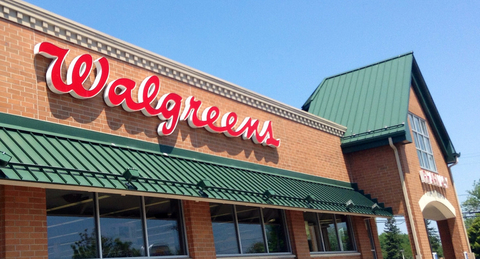 Walgreens to undergo first major facelift since its merger with Alliance Boots in 2014. (Mike Mozart/CC BY 2.0)

Shelfbucks has raised $9 million in series B funding and added two new directors to its board. The funding was led by multiple retail veterans as well as existing investors and will be used to roll out the Shelfbucks platform for hundreds of in-store merchandising display campaigns. (Globe Newswire)

Kate Spade has joined the competition for the smartwatch market. The new line, in collaboration with Fossil, has some unique attributes including an app that changes the watch face to match the color of the user's outfit. (TechCrunch)

Target revealed a holiday sales boost of 3.4%, higher than originally anticipated at flat or 2%. If the numbers hold up in the final weeks of the quarter, it would be Target's best holiday performance since 2014. (Star Tribune)

Walgreens stores will undergo their first major facelift since merging with Alliance Boots in 2014. The new model will bring more services under one umbrella including in-store lab service, optical service and patient care. (Drug Store News)