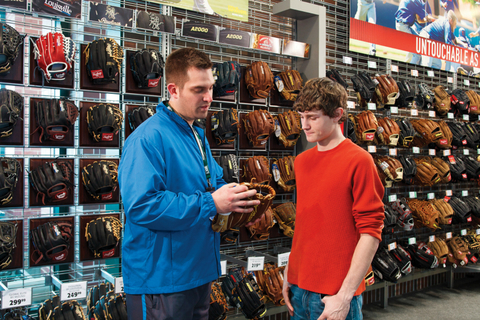 Dick's is ramping up its discount offerings.

TJX, the parent company of T.J. Maxx, Marshalls and HomeGoods, reported a 3% increase in the latest quarter for comparable sales. The company announced that the earnings give it the confidence to grow its brick-and-mortar locations by 50% to 5,600 stores despite other retailers' push for e-commerce. (Bloomberg)

Publix announced the appointment of Erik Katenkamp to vice president of omnichannel and application development. Katenkamp was instrumental in launching the Publix grocery delivery collaboration with Instacart last summer and will now focus on new online and app-based strategies. (Tampa Bay Times)

Saks Fifth Avenue is starting a 1,000-seat technology center in India, following in the footsteps of brands such as JCPenney, L Brands and Lowe's. The center has already opened with a handful of employees, and the group will play an important role as parent Hudson's Bay Company executes a strategic plan for IT, information security and finance. (The Times of India)

Dick's Sporting Goods to up discounts

Dick's Sporting Goods announced that sales are expected to fall in the latest quarter despite increased discounts. But as competitors continue to struggle, CEO Edward Stack says their loss means an opportunity for the largest sports retailer, and Dick's plans to offer more promotions to drive store traffic. (USA Today)