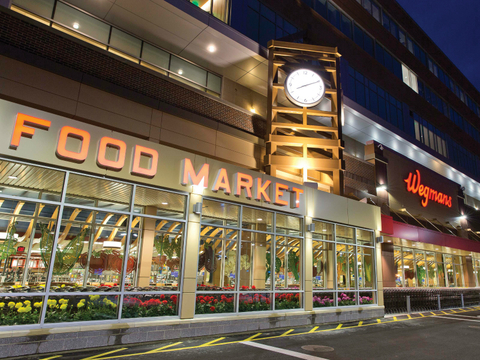 Wegmans is voted one of the best workplaces for women.

Walmart will not do a lot of temporary hiring this holiday season and instead is offering extra hours to its current workers. However, the company will hire temporary workers for its distribution centers. (The Washington Post)

Target has named Tammy Redpath as president of Target India, responsible for operations of the Bengaluru office. The office has about 2,600 team members including technology, marketing and human resources employees. Redpath has been with Target for 27 years and has held various positions in merchandising and marketing. (The Economic Times)

Amazon has partnered with Hilton to allow its Honors loyalty program members the ability to shop on Amazon using their points. This is the first time that a hotel brand has made such a deal on Amazon, and users will have to link their Hilton Honors account to their Amazon profile. (TechCrunch)

Wegmans was No. 7 on the list of "Best Workplaces for Women" compiled by Fortune magazine. The list looked at more than 400,000 employee surveys, and this is the 20th consecutive year that the grocery chain, coming in at No. 2, has made the "100 Best Companies to Work For" list. (USA Today)