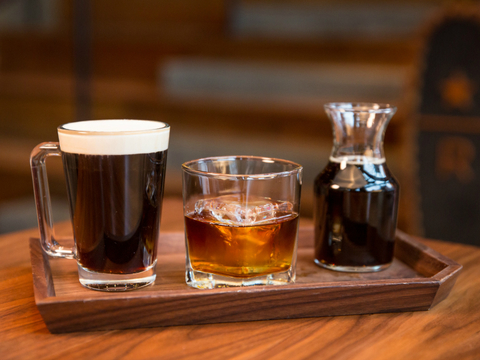 Starbucks will soon open a high-end Reserve store inside the company's Seattle headquarters.

Starbucks announced it will open its first Reserve store in its revamped corporate headquarters. The mobile order-and-pay-only location will be on the eighth floor, across from an existing Starbucks store. The high-end store is a new format for the retailer and is the first of 1,000 planned. (The Seattle Times)

H&M announced the launch of a new brand called Arket. The retailer will be a "modern-day market," priced slightly higher than the core H&M brand, with products for men, women, children and home. Arket stores will also sell products from non-H&M brands. (The Business of Fashion)

Staples aims to get millennials in-store

In an effort to boost sales, Staples is trying some new strategies, including introducing co-working spaces where people can come in with laptops and set up instant offices, all in an effort to entice in-store millennial shoppers. Under the leadership of new CEO Shira Goodman, the office supply chain hopes it can reverse years of declining sales and compete with online suppliers.(Bloomberg)

New Target stores to include wine and beer boutique

Target is planning a new concept store near Houston which will include a dedicated wine and beer shop. The store will search as a pilot test for the next generation of outlets, with as many as 500 redesigned Target locations planned for the next few years. (Fox News)

After several starts and stops, Japanese apparel retailer Uniqlo is trying again with a new strategy for entering the U.S. market. The retailer will shutter stores in suburban malls in favor of opening larger locations in big cities such as Boston and Washington, D.C. (CNBC)