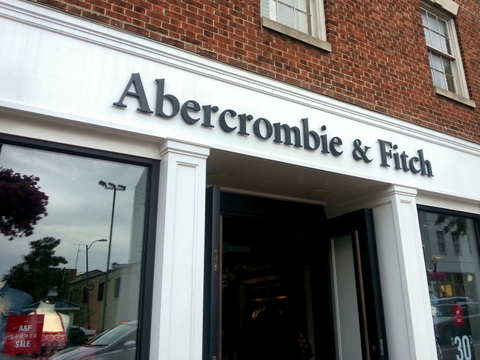 A newly created position will have wellness specialists hitting the aisles of select Raley’s Supermarkets in order to answer consumer questions. Wellness champions, available at all locations, will help educate employees on wellness initiatives, healthy foods and sustainability. (The Sacramento Bee)

Activist investor Jana Partners sold about 26 million shares in Whole Foods over the past month for $1.1 billion in proceeds, according to a regulatory filing. Jana began selling shares just days after the sale to Amazon was announced, drumming up rumors that a counter bid might be forming. (Bloomberg)

Abercrombie to sell on Tmall

Abercrombie’s adult and kid lines have joined the brand’s Hollister label for sale on Alibaba’s Tmall, China’s largest consumer e-commerce site. The move comes soon after the company finalized a deal to launch all of its brands on Asia’s leading e-commerce merchant, Zalora. (The Columbus Dispatch)

Amazon has contacted thousands of U.S. merchants, offering to buy their inventory at full retail price. For a limited time, Amazon will buy the products from a third party and resell them for no additional fees. This is similar to a program the company rolled out in Europe and underscores Amazon's interested in building a complete catalog. (CNBC)