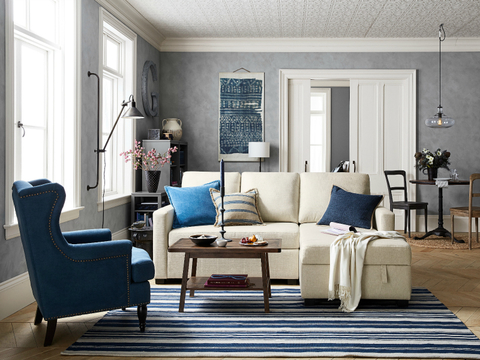 Pottery Barn will open a 17,000-square-foot flagship this week in New York's Flatiron District. Located in a preserved 1904 building, the store will feature exclusive products created by local artists and services including Design Crew, a design service that takes in-home design projects from inspiration to reality. (Business Wire)

Amazon has started advertising the launch of its new clothing line in Europe. The Find, a 500-piece womenswear collection, is being headed up by Frances Russell, vice president of Amazon's own label and former head of womenswear at Marks & Spencer. (The Telegraph)

Gilt has unveiled a site redesign in honor of its 10-year anniversary. The pioneer of the online flash sale, Gilt's new website will still feature daily new arrivals but with easier navigation, more offerings, editorial content and a tailored customer experience. (PR Newswire)