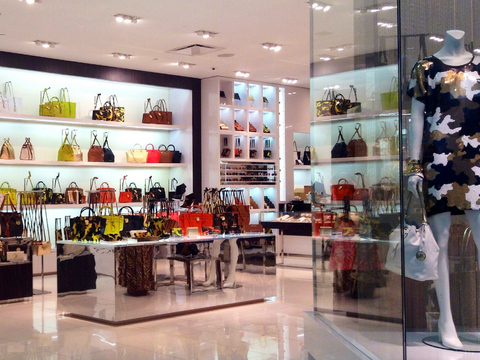 Michael Kors, like many luxury retailers, has been affected by lagging sales. (Mike Mozart / CC BY 2.0)

Michael Kors to close up to 125 stores

As sales continue to fall for Michael Kors, the retailer has announced it will close up to 125 stores. The announcement comes amid a slump for many luxury retailers, including Coach, Kate Spade and Jimmy Choo. (USA Today)

Consumer Reports has named Wegmans the top grocer in the country, a title it has held since 2006. Based on consumer responses, the grocer is beloved for its quality, employees and variety of products. (Syracuse Post-Standard)

TJX to launch new brand in the US

TJX will launch HomeSense in the U.S. this summer. The retailer already has more than 150 locations in Europe and Canada, but the U.S. stores will have a different look and concept than the international locations. (Architectural Digest)

Cross-border trade still has a lot of room for growth, according to a report by UPS. In fact, the company implies that trade policies and attitudes in the U.S. are costing domestic businesses billions of dollars in lost revenue from foreign e-commerce. (Air Cargo World)